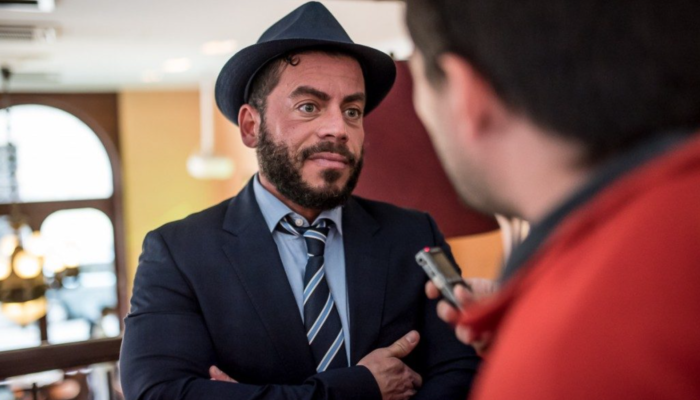 British-owned Brit Media Kft. bought the magazine’s publisher one year ago, but is now reportedly struggling with liquidity problems. The investigation by Átlátszó found that simple liquidity is not the issue keeping the staff from their salaries, which reportedly amount to several million forints in back wages.

The staff at 168 Óra has demanded answers as to where the money is and when it will come. Brit Media de facto leader András Megyeri says opposition radio station Klubrádió, in which Brit Media has a majority stake, is such a money pit that it has created liquidity problems at the expense of 168 Óra. Átlátszó claims this argument doesn’t add up because Brit Media doesn’t participate directly in the financing of Klubrádió, and the station has no influence on the company’s liquidity.

An audio recording obtained by Átlátszó contained Megyeri explaining to 168 Óra staff in a tense meeting another reason the money had not arrived.

“Why does it take eight days for the money to get here from Belgium?” asked a colleague at the magazine, to which Megyeri gave an unusual answer. According to him, the money financing the magazine must first travel from personal accounts in New York to the Brit Europe Foundation in Belgium. It is important, Megyeri said, to avoid the suspicion that money laundering (a term he used twice) is taking place in the transfer of funds from real-estate owners in New York to the non-profit Brit Europe Foundation, because of “support or taxation problems.” Megyeri doesn’t mention why it would be a problem for private donors, real-estate moguls or not, to make donations to a non-profit organization, or what kind of support or taxation problems might arise.

He doesn’t mention the real-estate owners by name, but makes reference to “Jewish, American investors” in New York. Átlátszó writes that it is unusual that the pro-government media hasn’t made any reference to the possibility of one of Hungary’s biggest left-leaning magazines being secretly financed by American Jews, something they would ordinarily find hard to resist. As Átlátszó points out, given the current hysteria of conspiracies surrounding Hungarian-American financier George Soros and other foreign investors in progressive causes in Hungary, it seems odd that the case of 168 Óra has escaped media scrutiny.