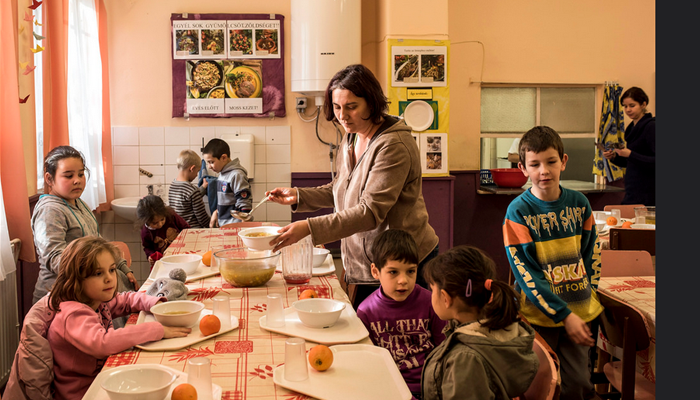 Between 30,000 and 50,000 children go hungry each day in Hungary according to a joint study prepared by the Hungarian Academy of Sciences and the Hungarian Order of Malta.

These children either go to school or to bed hungry most, if not all, of the time.

Some 200,000 young children do not receive enough food from time to time according to Csilla Marozsán, who worked on the study.

She told InfoRádio that “Crises hunger means that they are not continually hungry, but rather go hungry during certain periods like summer, when they do not receive institutional provisions, or at the end of the month.”

The technical head of the Order of Malta’s children’s assistance program added that it is primarily the summer recess that causes difficulty, because during that time there is no public feeding of children.  Since 2002 local governments can apply for funds with which to fund children’s feeding programs, but often the local governments in the poorest regions lack the means to undertake this.

Local governments don’t have the funds with which to cover their fair share.  Perhaps they do not have the necessary infrastructure or human capacity to feed children in summer, because the kitchen workers have to be allowed to go on holiday in summer, said Marozsán.

One in three Hungarian children live in poverty.  Various opposition politicians have called for a substantial increase in public funding of summer feeding programs.  Furthermore, in March of this year responsibility for administering and funding various forms of public assistance was transferred from the national government to municipal governments, many of which can ill afford to maintain earlier levels of public assistance.