2016 has been a great year for Lőrinc Mészáros 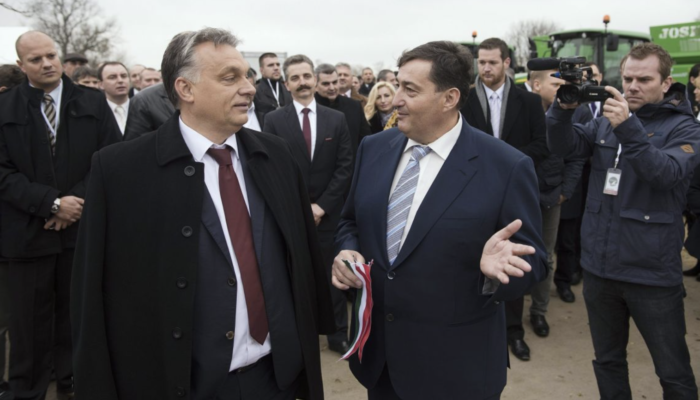 HUF 140 billion of contracts were awarded to Mészáros és Mészáros Kft., his flagship company, either alone or as part of a consortium.

His railroad construction and repair company, R-Kord Kft., was awarded public contracts totaling HUF 76 billion, either alone or as part of a consortium.

Fejér B.Á.L. Zrt., a construction company owned by Mészáros’s children, was part of a consortium that was awarded a HUF 8.5 billion contract.

According to the Hungarian edition of Forbes Magazine, Mészáros (pictured right) – at least on paper – is the 28th-richest person in the country with a net worth of some HUF 35.4 billion. His rags-to-riches story is made even sweeter by the fact that he wasn’t even on the list three years ago.

“… That I have gotten so far is certainly thanks to God, luck and Viktor Orbán [pictured left],” Mészáros told pro-government weekly Heti Válasz in 2014. “I was never involved in privatization, I never stole anything, and I obtained everything with my mind and hard work.”