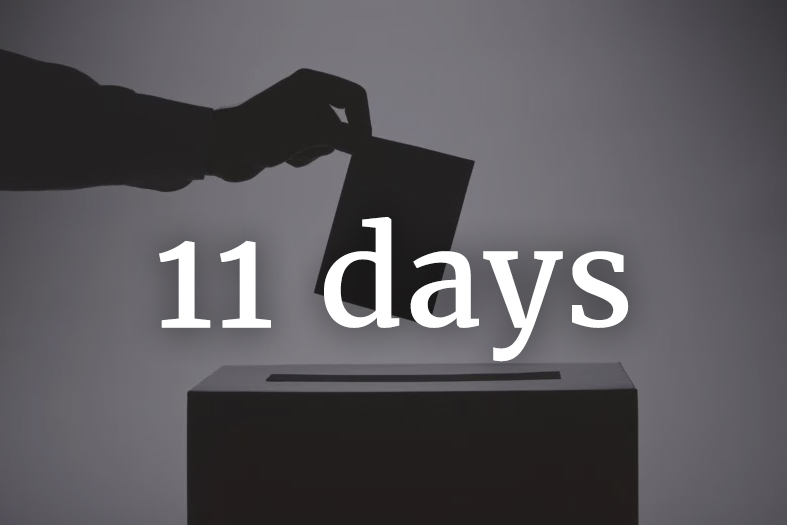 With just eleven days to go until the April 8 parliamentary election, we have gathered the day’s main developments.

Gyurcsány: At stake in the election is whether Hungary would be normal

Thursday morning Democratic Coalition (DK) president and former prime minister Ferenc Gyurcsány told state-run news channel M1 that those who want change only need to vote for the democratic opposition or DK’s list. “I want this accursed power to fail, more than anything,” Gyurcsány said.

According to the prime minister of 2004-9, corruption is the essence of the current government. “There have always been and will always be corrupt politicians, however this government is vitalized by corruption reaching the Prime Minister,” he said.

The DK president reassured reporters that his party is the only one that sticks to the post-1989 consensus on not giving voting rights to ethnic Hungarians in neighboring countries. According to Gyurcsány, Prime Minister Viktor Orbán also held this opinion before the 2004 referendum on extending voting rights to Hungarians beyond the border.

Jobbik urges reform of the education system; rules out cooperation with MSZP

At a Thursday press conference Jobbik MP and chairman of the parliament’s cultural committee Dóra Dúró promised that if Jobbik wins the election it will establish the education sector’s political, professional and financial appreciation.

Dúró said Jobbik would re-establish the Ministry of Education as an autonomous cabinet since the current government does not handle the education and healthcare sectors according to their importance.

She said Jobbik would only initiate changes in the education sector after coordinating with professionals, and nobody would be barred from coordinating.

The Jobbik MP vowed that her party would raise pedagogues’ salaries to the average of those with college degrees and guarantee their value.

By the end of the parliamentary cycle, Dúró stated, in accordance with international recommendations, Jobbik would spend six percent of GDP on education.

Referring to Socialist MEP Tibor Szanyi’s statement about governing together with the far-right party if necessary, she ruled out the possibility of cooperation in the election and further talks with the Hungarian Socialist Party (MSZP).

According to Molnár, voters should “choose their future” with their second, party list vote. Voters should decide what kind of Hungary they want to live in:

“In the last eight years we have tried the worst: Fidesz. I suggest we do not take a chance with Fidesz’s reserve army: Jobbik.”

Molnár announced that MSZP-P had assembled the “Orbán eleven” or “Orbán’s national team” based on the various corruption scandals that had erupted in the previous eight weeks. Among others, the “team” includes Minister Overseeing the Prime Minister’s Office János Lázár with his secret castle, deputy PM Zsolt Semjén with the secret Swedish hunting trips, undersecretary Zsolt Szabó with an alleged offshore company, bank governor György Matolcsy with his family’s luxurious properties and minister without a portfolio Lajos Kósa who had been implicated in a money-laundering scheme involving billions of euros.

According to Molnár, if such things can happen in Fidesz, then Viktor Orbán is either unfit to be a leader because he does not know what is going on behind his back, or if he knows all about this and is a ruthless man who cannot be allowed to lead the country.

When asked about possible cooperation with parties of the opposition, Molnár said MSZP-P will not initiate further talks but remains open to other parties’ requests. “There won’t be 106 Hódmezővásárhelys in Hungary but there are strong candidates,” he said, adding that these candidates are mostly those of MSZP-P and DK.

Politics Can Be Different (LMP) founding member Gábor Vágó managed to trick state news agency MTI into publishing a statement that includes the sentence “István Tiborcz will go to jail.”

The state news agency that so far censored all statements concerning Orbán’s son-in-law published Vágó’s without modification. How come?

He managed to slip his statement past the watchful eyes of MTI censors by hiding the sentence through the use of an acrostic.