28,000 panel flats in Szeged threatened with loss of heat 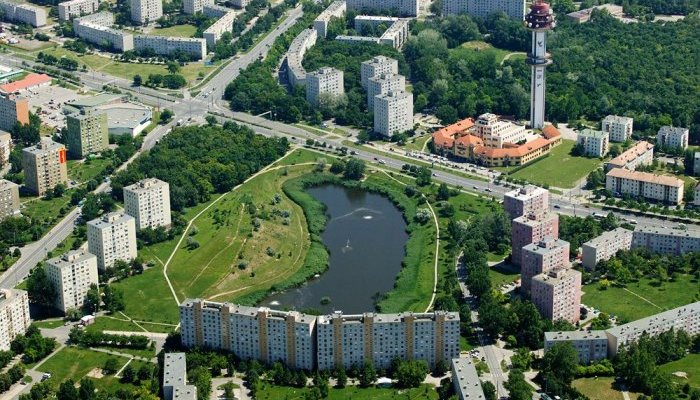 The southern Hungarian city of Szeged risks the loss of central heating in tens of thousands of flats, after Csaba Pomázi, the owner of the district heating company, fell out with Socialist Szeged mayor László Botka over the ownership of the local heat provider. Online VS.hu reports that after Botka was re-elected mayor in October’s municipal election, this time with a Socialist- majority city council, the head of the regional gas supplier, Csaba Pomázi, refused natural gas shipments to the heating company partially owned by his firm.

The situation is further complicated by an illicit sale of Pomázi’s assets in the district heating firm without the consent of City Council, the majority owner. As a result, the city heating company faces bankruptcy proceedings resulting in HUF 100-200 million in losses. Ownership, however, is still contested between Szeged and Pomázi because the supply of natural gas to district heating plants is a great source of business for the entrepreneur’s gas transit business, and because the district heater is entitled to billions of forints worth of EU subsidies. VS.hu remarks that the dispute could result in the nationalization of the utility company, a long-term objective pursued by the Orbán government.

Traditionally the Szeged regional heating provider’s shares are equally divided between a private entrepreneur and the local council, and it is jointly governed by two directors, one appointed by the company and one by the council. After the election victory, Botka initiated the termination of the directors appointed by the previous Fidesz-controlled city council, citing “lack of competence”. Szegedi Hőszolgáltató CEO István Martonosi was replaced by Balázs Kóbor, a professor of geography at the University of Szeged. In apparent retaliation the natural gas provider of Szegedi Hőszolgáltató cancelled shipments in December citing “difficulties due to the Russian-Ukrainian conflict”.  The state even needed to appoint a temporary state provider for the local company to ensure the continuation of services.

Csaba Pomázi, a businessman close to oligarch Lajos Simicska, is among the richest 150 Hungarians and is the owner of both the original gas provider company, Energo Trade, and Alfa Nova, which owned 49% of the shares in Szegedi Hőszolgáltató.  Alfa Nova sold its shares to another company owned by Pomázi, Energott, without first notifying the city of Szeged. The city of Szeged had rights to pre-emption and, seeing them violated, reported Alfa Nova to Hungary’s Energy Office.  The office called the transaction unlawful and obliged the seller to restore the official ownership structure. Pomzái refused and contested the decision.

The new CEO, Balázs Kóbor, told VS.hu that since the temporary contract with FGSZ to provide natural gas for service expires in two weeks, and the company is on the verge of bankruptcy, this could easily result in the suspension of services.  This could result in the utility company being nationalized by the Hungarian state-owned service provider in accordance with Prime Minister Viktor Orbán’s long-term plans.

Even though cuts in utility costs mandated in 2012 by the Fidesz-KDNP-controlled parliament rendered such companies loss-making, ownership structures and the legal framework make it possible for gas traders to sell gas to local energy providers owned by them, thereby ruling out competition. However, VS.hu reports that Botka’s Socialist leadership is financially interested in introducing geothermal energy into local heating services.

Szeged has one of the largest number of Socialist-era district housing projects. District heating largely depends on natural gas shipments from the former Soviet Union due to the system of pipelines established before 1989.