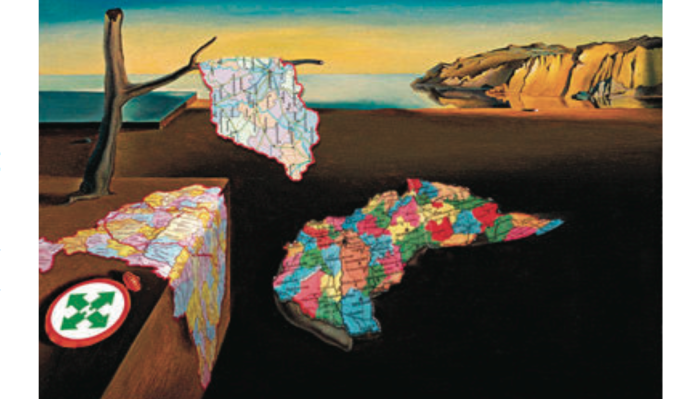 The Budapest Beacon received the following letter from Mr. Frank Koszorus, Jr., the National President of the American Hungarian Federation, in response to Budapest Beacon managing editor Richard Field’s letter of January 5th addressed to the editor of “Hungary Today” (which has yet to be published by that pro-government website):

I rarely respond to critics of my writings, especially if they raise irrelevant issues or resort to ad hominems.  In this case I will stray from my usual practice because your criticism of my article, “Setting the record straight on Hungary’s history,” vividly underscores the thrust of my article – the glaring need for historical accuracy and completeness, often difficult to achieve, however, because of the lack of knowledge about smaller countries such as Hungary.

A couple of examples will suffice.  Putting aside the ad hominem (“gross exaggeration, if not an outright lie”), there unfortunately are scores of examples of discrimination (and in some cases persecution) the Hungarian historical communities have to live with in their ancestral homelands since Trianon.  These are unassailable facts.

Are you aware of the Resolution of the mass meeting of Romanians in the Transylvanian city of Gyulafehervar/Alba Iulia on December 1, 1918, which declared the Romanian delegates’ intent to join Romania?  The resolution further promised “[c]omplete national freedom for the peoples jointly inhabiting [Romania]. All peoples have the right to their own education and government in their own language, with their own administration, and by individuals chosen from among themselves.”

Are you aware that Romania quickly forgot these and related obligations as soon as it acquired Transylvania?  For example, inscriptions soon appeared that “only Romanian may be spoken” in public places. Courts heard cases only in Romanian. Official petitions could only be submitted in Romanian. The government abolished over 1,000 schools in which the language of instruction had been Hungarian. Agrarian laws discriminatorily expropriated the property of the former Szekely Frontier Guards, while they exempted the property of the descendants of Romanian frontier regiments.

Are you aware of the Congressional Resolution urging the Government to at long-last recognize its responsibilities to provide equitable, prompt, and fair restitution to all religious communities for property confiscated by the former Communist government in Romania — thousands of communal properties that have in the past and could in the present and future facilitate the preservation of the unique culture of Hungarians and many of which properties have yet to be restituted?

Are you aware or do you condone the Romanian government’s abetting the culture of intolerance and xenophobia when it fails to take effective measures to halt the defacement of Hungarian symbols?  Shouldn’t the same zero tolerance be adopted as we in the United States adopt relative to the abhorrent and intolerable defacement of, for example, Jewish symbols?  It is truly baffling why violations of human rights and democratic principles that affect Hungarian minorities are cavalierly dismissed.

And this leads to the second part of the comments, Hungary’s role in the Holocaust.  Your letter raises a number of issues – Homan, Imredy, Szalasi, research institutes, etc. – none of which are relevant to the point of my article, namely that a far better understanding of that dark period of Hungarian history is needed.  Your extensive comments sidestep this message and by raising a number of irrelevant issues, you inexplicably and inaccurately (to be polite) imply that my article fails to confront the historical record which you accuse Hungarians of doing.

But again, who is ignoring facts and being less than balanced? My brief article that is not a study of the Holocaust but instead urges historical accuracy, unambiguously and unequivocally includes the following plainly stated observations:

Following the Novi Sad massacre, the perpetrators were prosecuted. . . .

March 19, 1944, the day an exasperated Hitler occupied Hungary changed everything and had catastrophic consequences for the Jews; 550,000 Jews were deported to Hitler’s death camps by the German Nazis and the Hungarian authorities.  . . .

The roles of Germans and Hungarians in the Holocaust are summarized by Professor Randolph Braham, a specialist of that period, as follows, “[w]hile the Germans were eager to solve the Jewish question, they could not have proceeded without the consent of the newly established [Sztójay] puppet government and the cooperation of the Hungarian instrumentalities of power. . .

Ignoring the German role is as unacceptable as are attempts to whitewash the Hungarian role in the Holocaust. . . .”

While I do not intend to continue a conversation about the intention of my editorial, which was written simply to ask that we clarify the historical facts relating to Hungarians, I will close with the concluding paragraph of my article in the sincere hope that my message will get across this time and contribute in some small fashion to an honest debate and to opening closed or biased minds:  “[R]emaining ignorant or disregarding history hardly provides the intellectual underpinning for an understanding of and an effective foreign policy toward Hungary.  This reality can and should change.”