Viktor Orbán says he will fight tooth and nail against quota 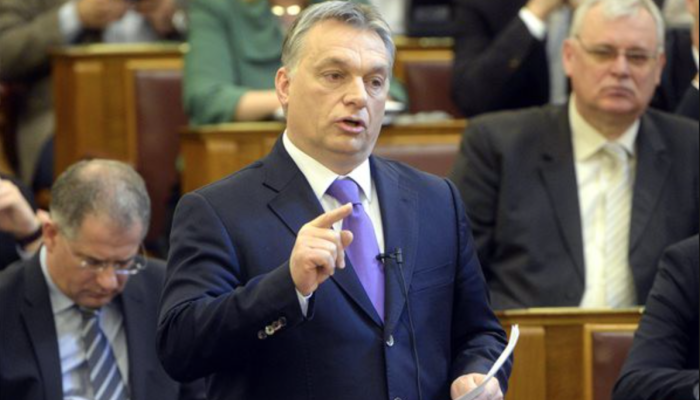 Prime Minister Viktor Orbán appeared in parliament on Monday to reassure the national assembly that the Hungarian government is determined to reject the refugee quota. He said the government would convene on Wednesday to formulate its plan on how to fight back against Brussels’ proposal, reports pro-government MagyarIdők.hu.

Orbán told MPs that last week’s EU summit in Brussels was a success. According to Hungarian news 444.hu, he said the “most important development was that the Hungarian position has for the first time been adopted on the European level, that is, the migrants need to be stopped and the external borders must be protected”.

Orbán said the aforementioned developments had always taken a backseat to humanitarian considerations, but now even the Austrians are starting to toe this line.

“The European Union today is now where it should have been a year ago,” he said.

The prime minister did not shy away from telling MPs that Hungary is still in great danger.

“The situation to the south may improve but it may get worse in the west”, Orbán said, referring to plans by Western European countries to adopt the quota system to distribute refugees among EU member states.

According to him, European leaders agreed to bump the March 17-18 EU summit to March 5 in an effort to prepare for the quota system.

It is worth noting that, according to the statement of the February 17-18 summit of top EU leaders, the European Council seems to be in full agreement that more needs to be done to “fully implement the relocation process, to stem secondary flows of irregular migrants and asylum-seekers and to provide the significant reception facilities needed to accommodate migrants under humane conditions while their situation is being clarified”.