All 444.hu journalists banned from parliament 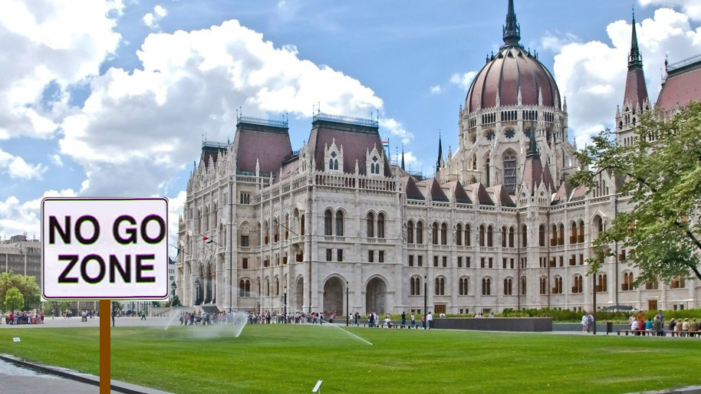 The National Assembly of Hungary has rescinded the press accreditation of all journalists from news site 444.hu. Parliament’s press officer, Zoltán Szilágyi, informed 444 of the decision on Wednesday.

According to Szilágyi, 444 journalists Gergely Plankó and Bence Gáspár Tamás had violated the parliament’s press rules when they filmed in a restricted area of the building without permission and “physically prevented undersecretary János Halász from entering the hall to the [parliament’s main] chamber.”

“The behavior of your colleagues, the repeated and deliberate ignoring of the rules, and disregard for earlier warnings has prompted the Speaker of the National Assembly to suspend the press accreditation of 444.hu,” Szilágyi wrote.

The video responsible for the banning is here.

In the video, the journalists ask Fidesz politicians and government officials what they make of propaganda minister Antal Rogán’s lie regarding his luxury helicopter trip to a wedding.

(Rogán, the Minister in charge of the Prime Minister’s Cabinet Office, initially denied taking the trip but changed his story when actual photos were published in Népszabadság, whose publication was subsequently “suspended.” )

HVG, Index, NOL and 24.hu all had reporters banned from Parliament in April, and they were only readmitted in September. Members of RTL’s news staff, Hungary’s largest television broadcaster, have also been banned in recent years for allegedly violating house rules.

On one occasion, an RTL journalist and film crew tried to attend a joint “closed” press conference held by NATO Secretary General Jens Stoltenberg and Prime Minister Viktor Orbán. Only representatives of state media outlets were permitted to enter the press conference.

A few months earlier, the National Assembly revoked the entry privileges of two RTL Klub employees for asking the prime minister a question in parliament outside of the designated press area.