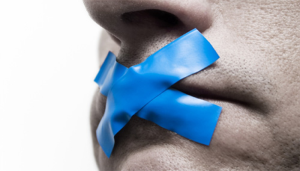 According to a recent survey 70 per cent of Hungarian journalists practice self-censorship, 55 per cent said their employment depended on their political preferences, and 80 per cent claimed to be under some level of pressure when generating content.

Media freedom in Hungary was the subject of two round table discussions held last week at the Central European University (CEU) School of Public Policy Center for Media and Communication Studies.

The first round table discussion entitled “The Media in Hungary within the New Legislative Framework” was moderated by Kate Coyer, Executive Director for the School of Public Policy Center for Media and Communication Studies.

Dunja Mijatovic of Open Society Central Europe (OSCE) expressed her concern over the “criminalization of defamation”.  She argued that the penal code was being misused to curtail press freedoms and freedom of speech. In addition to publishers being fined, civil and criminal charges are being brought against journalists.  In Mijatovic’s opinion there is no true freedom of press and speech in Hungary.

Andras Koltay, member of the National Media and News Authority (NMHH), said the media law his agency is responsible for enforcing was a “serious step forward” in protecting the defense of human dignity.

Attila Mong of investigative journalism website atlatszo.hu claimed media regulation was responsible for the “slow strangulation” of Hungary’s press.  According to Mong the far-reaching media law enables the Media Council to influence media content.   Concerned with being targeted by the Media Council publishers and journalists are compelled to practice self-censorship. In his opinion Hungary’s media law had a “chilling effect” that severely retards freedom of press and freedom of speech in Hungary.

Mong argued the Media Council’s influence over public tenders for radio frequencies has redrawn the radio market in favor of right-wing broadcasters and religious programming. According to Mong the government’s ability to channel advertising to news outlets it favors creates a business environment in which it  is difficult for other media organizations to compete given the general weakness of the economy and fall off in advertising revenues.

Mong cited the results of a recent survey of Hungarian journalists according to which 70 per cent said they practice self-censorship, 55 per cent said their employment depends on their political preferences, and 80 per cent claimed to be under some level of pressure when generating content.

Andras Koltay countered that the Media Council’s tender review process is based on the “quality of the proposals” and that no outside influence is involved. In Koltay’s opinion the fact that similar legislation exists in other countries is a sign that Hungary’s laws are no worse than elsewhere. Self-censorship is not a problem in Hungary according to Koltay.

The round table discussion also addressed Hungary’s media legislation as it pertains to the freedom of speech. Because regulators can impose penalties on media outlets for user-generated content appearing on their web-sites and in print, publishers have little choice but to censor readers’ comments or do away with them altogether.