A breakdown of supporters for Hungary’s mainstream political parties

At the behest of daily online index.hu, Závecz Research examined hardcore voters the week before tomorrow’s general election who are certain to vote, as well as those somewhat less committed supporters who are likely to vote. 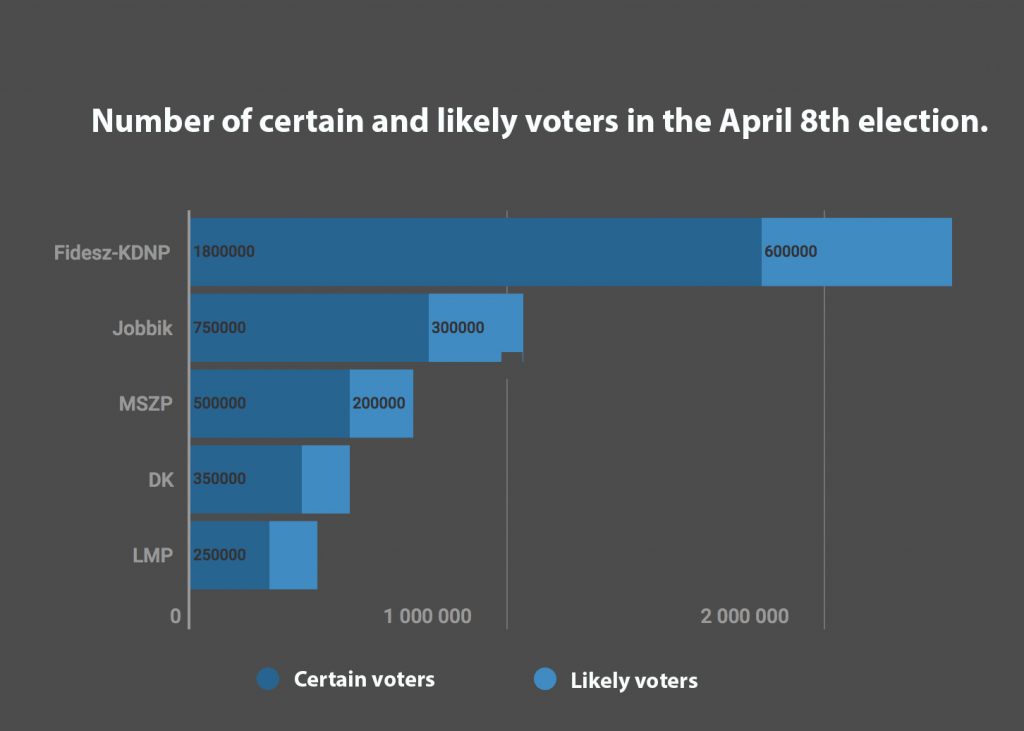 The core of Fidesz supporters is comprised of 1.8 million voters, of which 800,000 belong to the middle classes. A people’s party deeply imbedded in society, support for Fidesz varies among age groups.

Those answering that they prefer Fidesz and would “probably” vote in the election amounted to another 600,000. Index.hu notes that if this group turns out to vote, the governing party will be able to mobilize more voters in Sunday’s election than in 2014. In order for it to receive as many votes as in 2014 (2,142,000), 40 percent of the less committed Fidesz voters need to show up. 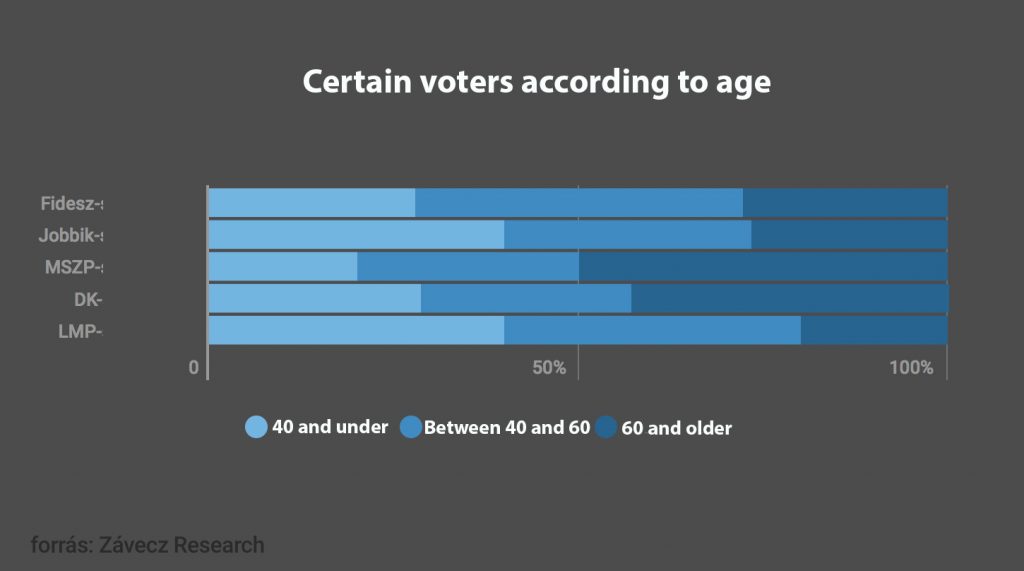 The Hungarian Socialist Party (MSZP) core supporters are comprised of some 500,000 voters, 100,000 of which are in their twenties and thirties, 150,000 in their forties and fifties, and 250,000 in their sixties and older. MSZP supporters likely to vote in Sunday’s election amount to another 200,000.

Politics Can Be Different’s (LMP) core supporters amount to some 250,000 voters. If they turn out to vote tomorrow, then the party will achieve the 269,000 votes it received four years ago.  If another 150,000 probable LMP supporters turn out, then LMP’s position is likely to perform significantly better on Sunday than it did in 2014 when it barely cleared the 5 percent threshold to enter parliament. 100,000 LMP supporters are in their twenties and thirties, another 100,000 are in their forties and fifties, and 50,000 are fifty or older.  Among LMP’s more devoted supporters, 100,000 are college educated.