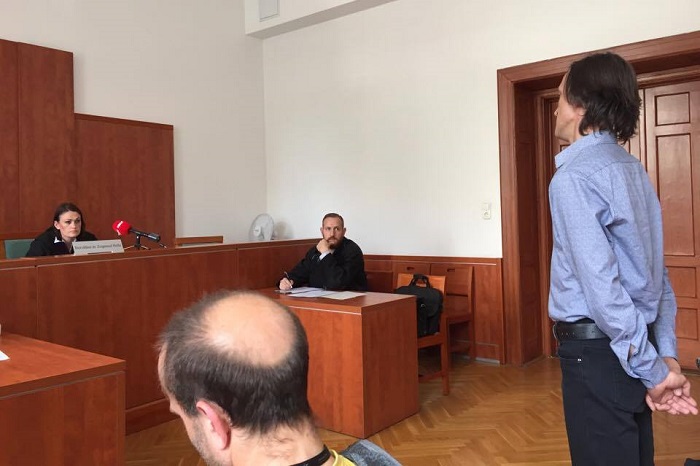 A judge in Budapest found activist Árpád Magosányi (above right) guilty of hooliganism on Thursday, ruling that his decision to throw washable food coloring at the Terror House building on April 13 constitutes creating “fear”.  He was fined 720,000 forints (2586 USD).

Magosányi threw the coloring in a spontaneous protest to echo previous similar actions by activists such as Márton Gulyás and Gergő Varga, and examine whether the judicial system would act consistently. Unlike Gulyás and Varga, he was not held in custody before the hearing.

Magosányi is a frequent protester and well-known to the police: in one recent late-night protest, police pulled him aside, expressing concern over the crowd marching without a permit.

At a hearing that lasted one hour, Magosányi and his lawyer argued that throwing the coloring was an act of peaceful civil disobedience and an expression of political opinion to test whether Hungary’s judiciary is still independent. Magosányi told the judge that the government has undermined checks and balances.

The prosecution, meanwhile, made the case that “freedom of opinion is not absolute.” Three policemen testified, while the judge read out descriptions of security camera footage and photos from the scene. 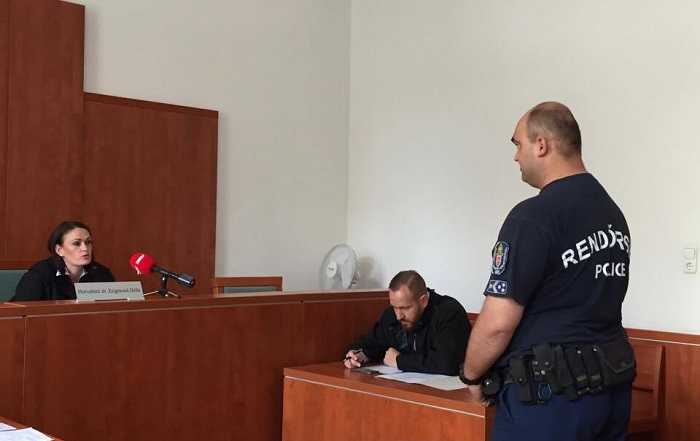 Magosányi criticized the prosecutor for bringing up a case from 2010 that, according to Magosányi, legally should not have been considered during the hearing.

“Unfortunately, now I can see that there is no rule of law in Hungary,” he told the Budapest Beacon after the judge announced her decision.