Hungarian Prime Minister Viktor Orbán was the first European leader to publicly endorse Donald Trump in July. And Hungary is perhaps the only country to have a former employee of its own Ministry of Defense — Sebastian Gorka — receive a high-ranking post within the Trump administration. While President Trump himself has taken no interest in Hungary publicly, the so-called American ‘alt-right’ has become fascinated with Orbán’s efforts to construct an ‘illiberal’ democracy in Hungary. At the same time, the Hungarian government is hailing Trump’s win as a victory for Orbán’s own vision for the end of the global liberal order.

In 2014, Orbán declared that “the new state that we are constructing in Hungary is an illiberal state, a non-liberal state. It does not reject the fundamental principles of liberalism such as freedom, and I could list a few more, but it does not make this ideology the central element of state organization, but instead includes a different, special, national approach.” This illiberal model — and especially Orbán’s anti-refugee policies and plans to crack down on non-governmental organizations (NGOs) — has sparked the interest of America’s far-right fringe. Since the beginning of 2017 alone, alt-right news site Breitbart has run 17 articles on Hungary.

Breitbart has presented Hungary’s refugee policies as a potential model for the US. Orbán’s government has built a fence along the country’s border with Serbia and set up so-called “border hunter” units to locate refugees attempting to cross into Hungary and push them back into Serbian territory. Human rights watchdogs have pointed to widespread reports of Hungarian police violence against refugees.

In a July 2016 article, for example, Breitbart wrote that “broad public opposition in Hungary to Arab migration is boosting Hungarians’ take-home wages because employers are facing a shortage of workers amid good economic growth.” The article drew a comparison to US policies, arguing that “worker-shortage wage-boosts happen periodically in the United States” during low-immigration decades. 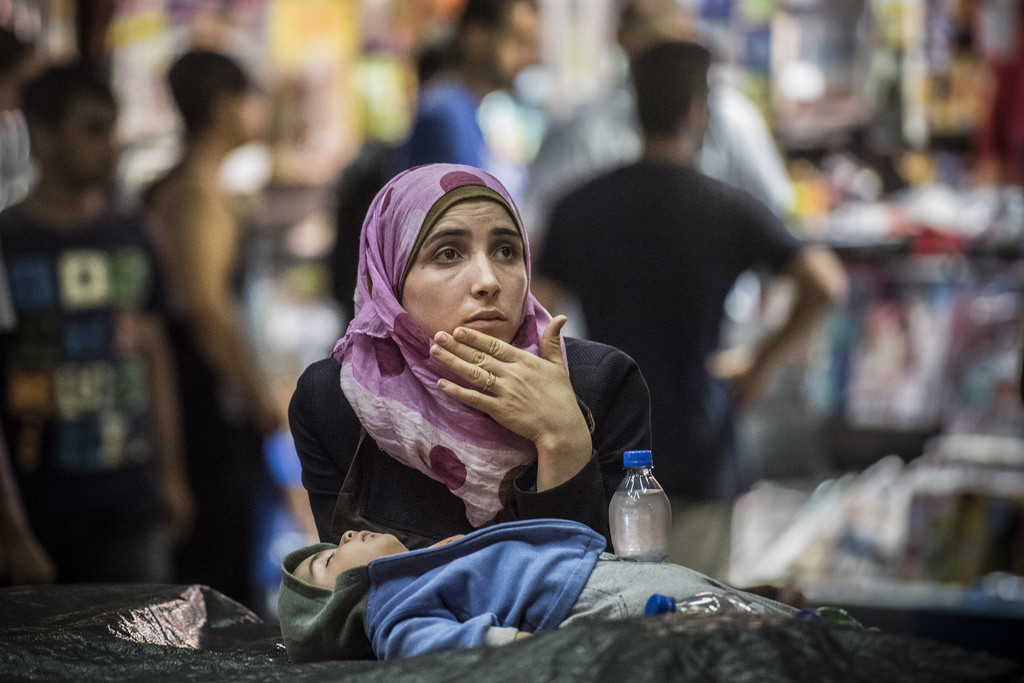 Breitbart has also focused on Orbán’s public campaign against Hungarian-American businessman and philanthropist George Soros. Soros has been a frequent target of criticism and anti-Semitic rhetoric in alt-right circles, and in Hungarian political discourse, for his support of liberal causes. The Hungarian government has pledged to “sweep away” Soros-funded NGOs from the country, and Orbán has publicly claimed, most recently in his February 10 State of the Nation speech, that Soros-funded organizations are “working to bring hundreds of thousands of migrants into Europe.”

Besides its frequent coverage of Hungarian politics, Breitbart has a connection to the country in the form of Sebastian Gorka. Gorka, who is currently Deputy Assistant to President Trump, served as national security editor at Breitbart between 2014 and 2016. Born in London to Hungarian parents, Gorka moved to Hungary in 1992, following the fall of communism, and worked in the country’s Ministry of Defense for five years. He was an advisor to Orbán until a falling out with the then opposition leader in 2006, and attempted to form a new political movement in Hungary — with no success — before moving to the US.

But Breitbart’s connection to Hungary may soon become even closer. Hungarian news portal 444.hu reported on February 3 that Breitbart Holdings Inc. has acquired the domain name Breitbart.hu, signaling that the news company is considering launching a Hungarian edition.

Some key members of the American ‘alt-right’ movement have long maintained ties to Hungary through the country’s far-right party Jobbik. In 2014, Richard Spencer, president of the white supremacist National Policy Institute, was deported from Hungary when trying to attend a far-right conference. But a year later, at the height of Europe’s refugee crisis, the alt-right increasingly began to take interest in the nationalist government of Prime Minister Orbán as a model, leading Spencer to say in a podcast that “I have officially forgiven” Orbán and “would vote for him anyway.”

According to Spencer, Hungary’s ruling Fidesz party has adopted American alt-right ideas on race. Quoting from a speech by Zsolt Bayer, a friend of Orbán and one of the founders of Fidesz, who argued that the refugee crisis was part of a racial war intended to annihilate white people, Spencer wrote in September 2015 that “his whole line of thinking, makes me believe that he, and perhaps Orbán too, has been reading the ‘alt Right’—in other words, reading the dispatches from the heart of the decadent New World.”

Since the beginning of the refugee crisis, American alt-right figures have started to see Fidesz, rather than the formerly far-right Jobbik party, as their ideological counterpart.

“From an identitarian perspective, Orbán and his party are far sounder ideologically than Jobbik, whose leaders believe, perhaps accurately, that Turks are their brothers and sisters. Orbán, on the other hand, has spoken of ‘Europe for Europeans’,” wrote Spencer.

Other segments of the far-right American fringe are also looking at developments in Hungary as a model. American Neoreactionaries (NRx), who oppose democracy, have been paying close attention to Orbán’s efforts to consolidate power and undermine checks and balances at home.

“Orbán and his party are still subject to the people, which is a danger, but they have taken steps to control how the people see them and what the people hear. This is why Orbán can position himself against the immigration invasion fostered by the West,” wrote Ryan Landry in a lengthy 2015 piece in NRx site Social Matter detailing steps Orbán took to take control of Hungary’s judiciary and media.

The American far-right fringe’s interest in Hungary is more than matched by the Orbán government’s reverence for the new Trump administration. The Hungarian leadership believes that Trump’s win vindicates Prime Minister Orbán, who has advocated for a global system where international institutions and norms have little to no importance, and where strong national governments can operate without any significant domestic or international checks on their power.

“This key phrase is not the one quoted by most people – ‘America First’ – but this: ‘It is the right of all nations to put their own interests first’. This represents a great change. These words could not have come from an earlier US president,” said Orbán in a January 23 speech.

“This means that the era of multilateralism is at an end, and the era of bilateral relations is upon us. For us this is good news, because it is an unnatural state of affairs when, influenced by external pressure, one dare not state that one’s own country comes first when governing, making decisions, or considering what the central bank should do,” he added.

Trump and Orbán will likely meet for the first time at a NATO summit in May. The Hungarian government has claimed that during Trump and Orbán’s first phone call in November the new American leader said he is a “big fan of Hungary.” It remains unclear how Trump himself views the Central European country and its leadership, but the president’s alt-right supporters are certainly admirers.