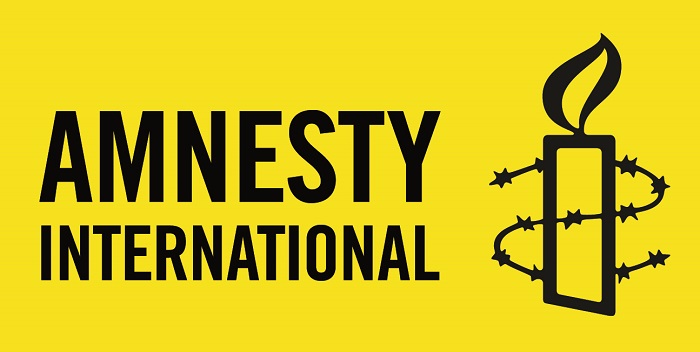 Human rights watchdog Amnesty International (AI) released its global report for 2016 in which it criticized Hungary as the “most disappointing” European country in the field of human rights, and called attention to alleged human rights abuses in the areas of counter-terrorism and security, freedom of association, press freedom, discrimination against Roma, and, especially, treatment of refugees and migrants.

The report condemns Hungary’s passage of a constitutional amendment in June which gave the government sweeping powers under a broadened and vague definition of a “state of emergency.” Such a state of emergency can be declared “on the grounds of a ‘terror threat situation’ that [does] not meet the tests required under international human rights law. The package would allow the government to introduce wide-ranging powers, including: restricting freedom of movement within the country; freezing assets of states, individuals, organizations and legal entities; banning or restricting events and public assemblies; and applying undefined special measures to prevent terrorism, without judicial or full parliamentary oversight. Those powers could be increased after 15 days if approved by Parliament.”

The report also noted the 10-year prison sentence given to Syrian national Ahmed H. by a Szeged court for “acts of terrorism” he allegedly committed during clashes between migrants and police at Hungary’s southern border with Serbia in September 2015.

The revelation in October that Prime Minister Viktor Orbán had personally directed the “supposedly independent” Government Control Office (KEHI) to investigate several NGOs funded by the Norwegian Fund also caught the attention of AI. According to the report, “The [2014] audit involved police raids, confiscation of computers and servers and lengthy investigations, but ended without finding any criminal wrongdoing. Government representatives continued to threaten several NGOs involved with further investigations, which contributed to a chilling effect on civil society.”

The closure of daily newspaper Népszabadság was noted in the report as an example of backsliding in the area of freedom of expression in Hungary. The paper was suddenly suspended in early October, along with its online archive. Shortly thereafter, Népszabadság’s publisher was bought by a company close to Lőrinc Mészáros, a personal friend and alleged strawman of Prime Minister Orbán. Many journalists believed the closure of the paper was another move by the government to limit critical voices in the media.

The report found that discrimination against Roma continues in Hungary, citing an instruction from a Budapest court that the eastern city of Miskolc develop an action plan for housing some 100 Roma families displaced by an eviction order in the “Numbered Streets” neighborhood of that city. However, “ the housing action plan envisaged only 30 housing units for the approximately 100 families affected, and did not allocate additional funding for housing or compensation.”

The report also cited a March decision from an Eger court that declared “Roma children in Heves County were unlawfully segregated in schools and classes providing education designed for children with special needs. In June, the European Commission initiated infringement proceedings against Hungary for discrimination of Roma in education.”

AI found that prosecution of hate crimes in Hungary has “lacked consistency” in spite of a January Curia ruling in the case of serial killing of Roma people in 2008 and 2009 that resulted in three defendants being sentenced to life in prison without parole and a fourth to 13 years in prison. The ethnically-motivated killing spree resulted in the deaths of six people including a five-year-old boy and the injuries of several others.

Also, in April, an appeals court in Debrecen reversed a first-instance verdict which had found that police discriminated against Roma in the town of Gyöngyöspata when they failed to protect Roma residents from far-right groups in 2011. The Hungarian Civil Liberties Union appealed against the decision to the Curia, which decided earlier this month that police had indeed discriminated against Roma, before going back on that decision only hours later, claiming they had mistakenly read the wrong verdict.

In the longest segment of the report, AI found that “Hungary continued to severely restrict access to the country for refugees and asylum-seekers, criminalizing thousands of people for irregular entry across the border fences put up at its southern border.

“The government…despite plummeting numbers of new arrivals to the country, deployed over 10,000 police and military personnel along the border. Nearly 3,000 people were taken to court and expelled for entering the country irregularly, without a proper examination of their protection needs. A number of legal amendments enabled the immediate return of all non-citizens caught…up to 8km inside Hungarian territory, and over 16,000 people were denied entry or were returned forcibly, sometimes violently, to Serbia.

“On 31 March, the government’s list of ‘safe countries of origin’ and ‘safe third countries’ was expanded to include Turkey. In May, the national assembly passed a set of amendments significantly cutting access to housing, health-care and integration programs for people with protection status. Hungary suspended cooperation with other EU countries and refused to accept asylum-seekers from states participating in the Dublin system. It attempted to return at least 2,500 asylum seekers already in Hungary to Greece, despite the presumption against returns to Greece in light of systemic shortcomings in the Greek asylum system confirmed by the European Court of Human Rights. Conditions in the Hungarian asylum system prompted a number of other European countries to rule against returning people to Hungary, in some cases recommending the suspension of Dublin transfers altogether. The detention of asylum-seekers in the country continued to be implemented without the necessary safeguards to ensure that it was lawful, necessary and proportional.”

Fidesz communications director Balázs Hidvéghi responded to the report, declaring that AI is “one of those pro-migrant organizations financed by George Soros [of the Open Society Foundation] and it serves pro-migrant forces.” He said Fidesz would support a law they authored which would take all migrants in Hungary into detention, “even if we have to face activities by international organizations stuffed with foreign money.”

The Hungarian government’s Communication Center said on Wednesday that AI was “encouraging illegal immigrants arriving in Europe to violate Hungary’s laws. We don’t tolerate this from anybody.”