An open letter to László Kövér, president of the Hungarian parliament 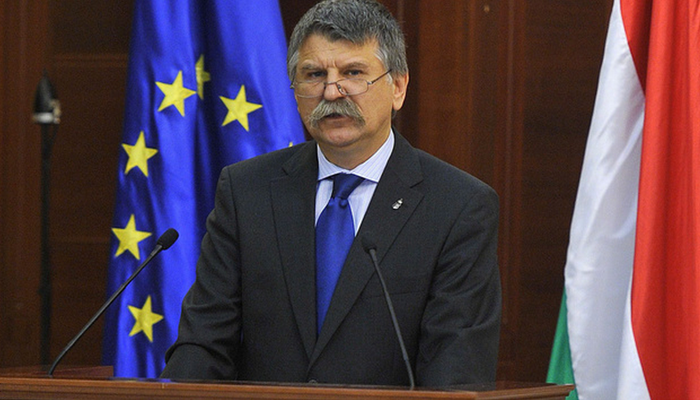 “The lamps are going out all over Europe, we shall not see them lit again in our life-time.”  – Sir Edward Grey, British Foreign Secretary, on the eve of Britain’s entry into the First World War

Dear Mr. President of the Parliament:

One hundred years ago the Hungarian 20th infantry, one of ten Hungarian divisions to fight in the Great War, was mourning the death of 535 officers and 30,232 foot soldiers since the outbreak of hostilities earlier that year. That war would go on to claim the lives of some 516,095 soldiers of the Hungarian crown. March 22, 2015 will mark the 100th anniversary of the 117,000 soldiers of Hungary’s 23rd infantry division being taken captive by the Russian army, along with 30,000 wounded.  Many would never see Hungary again.

The First World War had a multiplicity of causes. But ultimately its outbreak was the product of irresponsible behavior on the part of leading European politicians and government officials. People like you, Viktor Orbán, and János Lázár.

For you to casually refer to the current stand-off between the West and Russia over Ukraine as a “Fourth World War” (by which you mean a continuation of the Second World War and the Cold War) not only betrays your ignorance of history, but risks your name being added to the long list of irresponsible leaders who, by failing to do everything in their power to avert a further slide into chaos, contributed to the outbreak of hostilities and the deaths of millions.

Instead of playing the role of peacemaker and searching for a solution to the current diplomatic impasse with the United States, you cynically proclaim “we have never been any good at diplomacy” and advocate “sitting back” and doing nothing (other than “finding new allies”) when you know perfectly well there is much your government could and should be doing to defuse tensions.

Do you really think German Chancellor Angela Merkel shares your vision of “emancipated European nation-states” doing whatever they damn well please “within the framework of the European Union” without respect for common values and international agreements?  If so, I suspect that you and Viktor Orbán are in for a big disappointment come February when Chancellor Merkel is scheduled to pay you a visit.

You accuse the United States of failing to respect the sovereignty of European countries.  The vast majority of Americans, myself included, agree that it was wrong of the United States under George W. Bush and Dick Cheney to strong-arm allies into sending troops to Iraq and Afghanistan.  That being said, allow me to call your attention to the fact that it is not the United States but Russia which has invaded a sovereign European country bordering Hungary to the east.  At such time that Hungary would no longer be a member of NATO, what exactly would prevent Russian troops from occupying Budapest if Hungary defaults on the EUR 10 billion loan your government has negotiated with Vladimir Putin (or does anything else displeasing to the Kremlin)?

Like other foreign observers with friends and family in Hungary, I am appalled by the widening diplomatic rift between the United States and Hungary, and call on both sides to exercise civility and decorum in their dealings with one another and to demonstrate greater sobriety in their public pronouncements.