András Horváth: They continue to protect the system 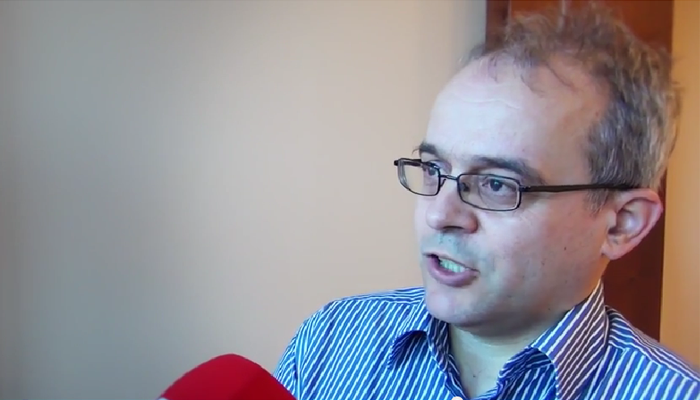 Horváth was villified by government officials and the pro-government press in November 2013 after he accused senior NAV officials of systematically and deliberately “turning a blind eye” to massive tax fraud on the part of multi-nationals and companies with good political connections.  He said the practice of “discriminative audits” cost Hungarian taxpayers an estimated HUF 1 trillion (USD 4.6 billion) a year, or an amount equal to roughly 4 percent of GDP.  NAV rejected Horváth’s allegations after conducting a “thorough investigation” over the course of a weekend and reporting him to the authorities for slander and unlawfully possessing documents.  Later that month a second tax inspector came forward with similar claims of systematic tax fraud.  Soon thereafter police raided Horváth’s apartment and seized the “green dossier” he claimed contained evidence of wrongdoing.

In response to an interview published yesterday by pro-government Magyar Nemzet in which Vida claims she is the victim of a “vile” attack on her person and announces she will personally conduct an internal investigation, Horváth said the following to ATV:

I expected it was only a matter of days before the names of those banned from traveling to the United States came to light.  I also figured the reason the government was playing for time was because they needed to cut out some of the loose threads.  Obviously they knew the names of the banned individuals and they were looking for people to replace them.  That’s what the two weeks was used for.

I consider outrageous the opinion that (Vida) wants to conduct the internal investigation, and that NAV colleagues would be given the task of undertaking these inspections.  How does she know that those she entrusts are not affected?   I have to say that I know of ongoing corrupt matters involving amounts as large as the Bunge matter, except that high-ranking NAV official has yet to be identified.  There was the green dossier, I was there, there was the data, there was the study that I made.  From that they could precisely determine what my problem was and what systematic errors plague the operations of the tax authority, and who the “untouchables” were, that is, the tax inspectors who conduct discriminative audits.

In normal countries say to the west of us the director of the tax authority resigns not now but at the time myself or my colleague comes forward with evidence and information.  I don’t see that anybody is willing to exercise self-criticism in this matter, not only on Ildikó Vida’s part but on the part of the government.   And I see that they continue to protect the system.  And they try to stay in their positions as long as possible while minimizing damage.

What is the status of the criminal proceeding against you?

The green dossier was seized during the course of the criminal proceeding against me and added to the evidence collected in that case.  How am I supposed to feel when they continue to prosecute me for the failures of NAV directors?