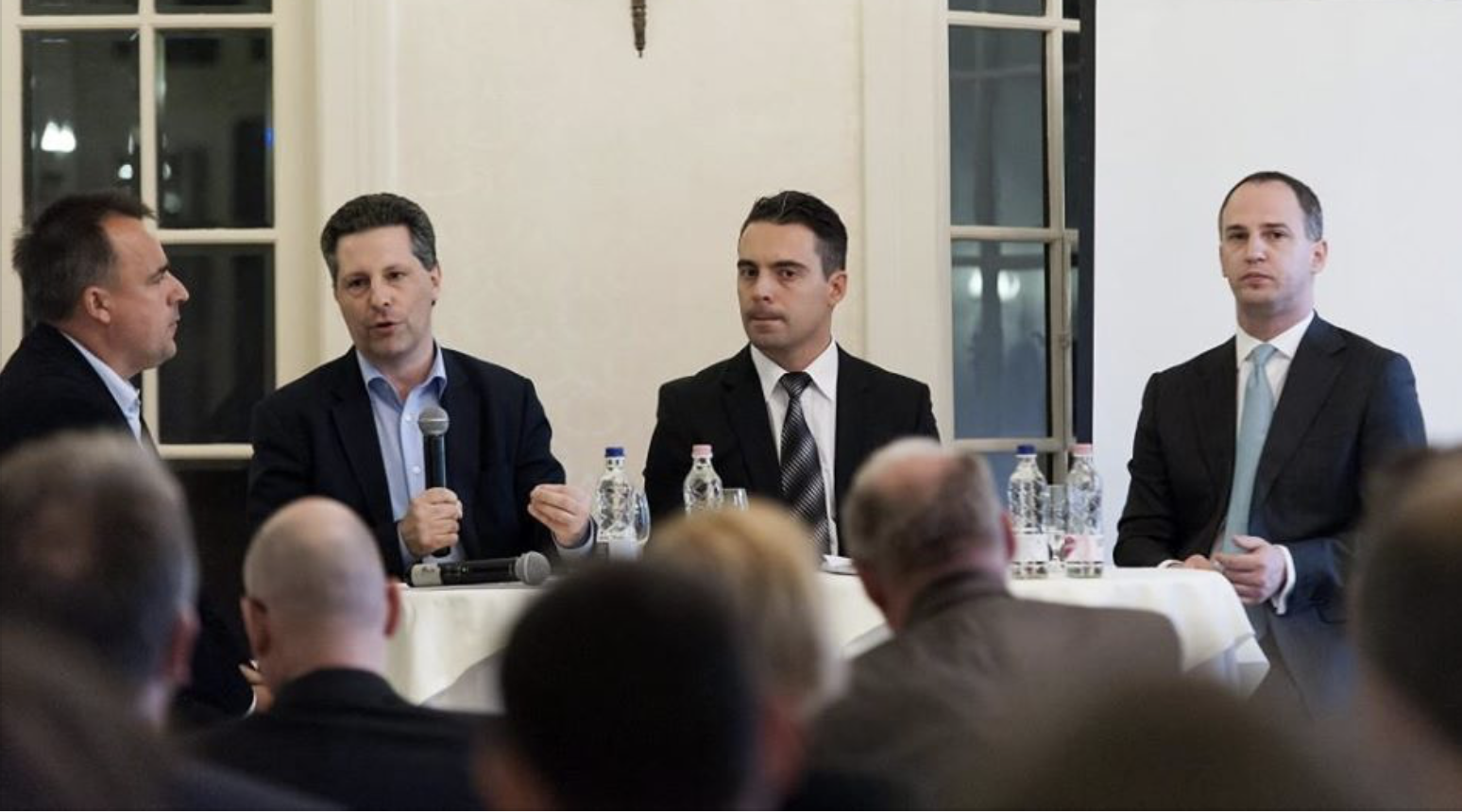 True to his words, Gábor Vona resigned as chairman of Jobbik on Monday. The founder of Hungary’s radical right-wing party who attempted to remake Jobbik as a center-right peoples party, explained his reasons for doing so in two Facebook posts.

“I am resigning my party executive position,” the second post said. “Today, in light of the results of yesterday’s election, in a manner true to my promise, I submitted my resignation, which the Jobbik presidium accepted. Jobbik will hold a congress in the near future for the purpose of selecting a new party chairman. I am not running. At the same time, I indicated to the presidium that I will not take my seat in parliament.”

In an earlier Facebook post Vona held out the possibility of returning as chairman.  However, the later post made it clear that he was withdrawing from party political life altogether. Vona’s clarifying remarks came after Jobbik vice-chairman László Toroczka posted the following to his Facebook page:

“Gábor Vona has failed, but Jobbik lives. If, however, Gábor Vona thinks that he has not failed for good, and his resignation is merely for appearance’s sake, then he will destroy Jobbik.”

“I take personal responsibility for the outcome of the election as Jobbik’s candidate for prime minister. As the electoral victory did not take place, I am keeping my word. Jobbik today is the second strongest party in Hungary and the only real opposition power.  I will do everything for this community to strengthen in the future, but after 12 years not as chairman. I thank the more than one million people who supported our party yesterday.  I promise them that despite Fidesz having a two-thirds parliamentary majority we will continue our struggle for a safe, livable, free and just Hungary. Every Hungarian can continue to count on Jobbik wherever they live in the world. With Hungarian heart, common sense, and clean hands.”

Politics Can Be Different (LMP) co-founder and former parliamentary delegation head András Schiffer, who quit politics two years ago, reacted to news of Vona’s withdrawal from public life by paying tribute to his former political opponent in a Facebook post of his own:

“I feel very sorry for Gábor Vona. Although we stand very far apart from one another in terms of our world view, and — perhaps what I say will seem strange — even though I questioned some of his actions in the past.  Yes, he too thought, thinks something about the world and Hungary’s future. Our relationship was always characterized by mutual respect. I remember well when once we were photographed together in 2011 speaking in the corridor of the Representative’s Office Building and for this reason they started accusing me of being a Nazi who agitates for Jobbik.  That was the same year when we sat next to each other during the fate-decision match between Hungary and Sweden having agreed not to speak to each other because that could only cause trouble (mental trouble).  Then in the 92nd minute of the game Rudolf Gergő’s winning goal. The entire stadium jumped to its feet and we spontaneously gave each other a high five.  Nor did I consider him to be a Nazi when the party he led spoke in an unacceptable manner and incited against certain groups of people. Two years ago he somewhat sadly told me that I had abandoned him. I think the time comes when every politician needs to see that there is no point in continuing. That time has come for Gábor. I respect him for that. Not everyone is capable of this. He had to endure inhuman attacks in recent times. The prospects of 21st century politics did not improve yesterday in Hungary. The picture was taken somewhere in a far off galaxy.”

The editors of the Budapest Beacon appreciate former Jobbik chairman Gábor Vona’s genuine attempts to reform his party, in part by expelling its more radical elements. We were most impressed with the poise he exhibited Sunday night delivering what must have been one of the most difficult speeches of his life, and with the measured tone by which he acknowledged his party’s defeat in the general election. We are inclined to agree with him that at stake in the election was not stopping inbound migration (which the government actually encourages, its xenophobic rhetoric notwithstanding), but rather the outbound migration of hundreds of thousands of Hungarians in search of a better life in the years to come. We thank him for his service to his country and wish him well.