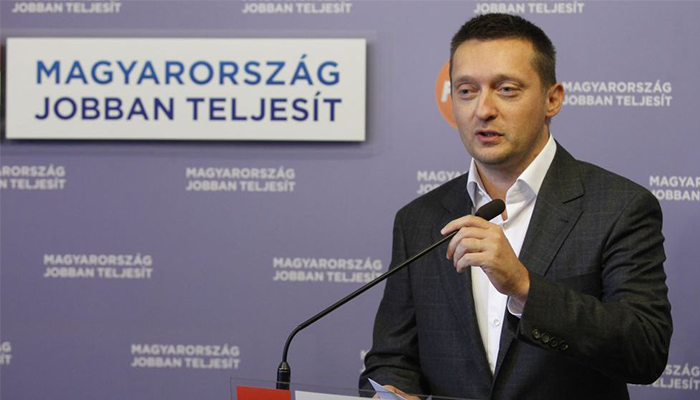 Then-mayor Antal Rogán was the driving force behind the Budapest District 5 decision to rent a 212 sqm ground-floor shop to a company owned by the long-term girlfriend of convicted underworld figure Tamas Portik, according to online news daily Blikk.hu.

Within months of renting the shop at Károly körút 26., the new tenant, Classic Immo Kft., offered to purchase the shop from the District 5 government for HUF 52 million, which was immediately accepted.  Within months of acquiring the property, Classic Immo Kft. resold it for  HUF 102 million for an estimated gross profit of HUF 45 million (after deducting the 10 percent stamp tax).

An article appearing in Blikk.hu contains the following excerpt from the District 5 ownership committee decision:

“On the basis of the mayor’s decision the shop is to be rented out without issuing a public tender in the interest of supporting services servicing district residents, or if the renter wishes to undertake a retailing activity supplying the residents with food”.

Blikk.hu goes on to report that Rogán also recommended the shop be rented to Classic Immo Kft. which allegedly wanted to open a restaurant according to the news website.

Blikk points out that a number of restaurants can be found in the immediate vicinity of the property (highlighted below in yellow), making it doubtful that the decision to rent the shop to Classic Immo Kft. was motivated by a genuine desire to better serve the needs of district residents. 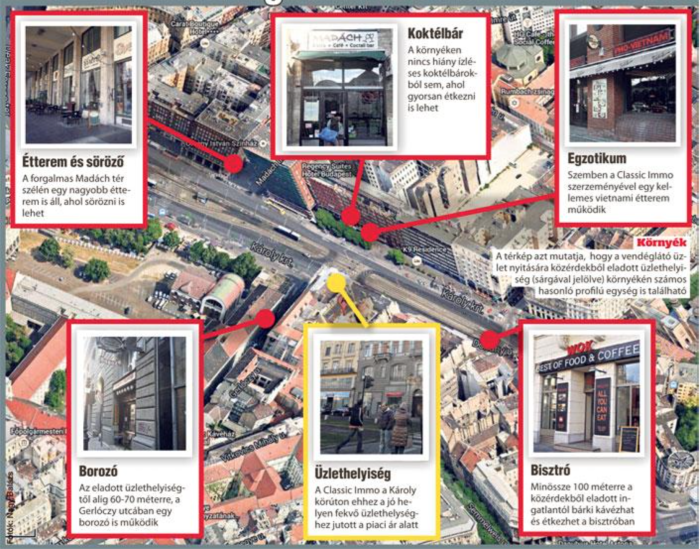 In November 2014 Rogán told the press

“I conducted an investigating of the real estate matter at the end of 2012. While there was no indication of unlawful activity, I initiated the termination of the district notary.”

Critics point out that District Notary László Rónaszéki was replaced with the head of the district asset management office responsible for preparing the sales contract Rogán found so offensive, Zoltán Sélley.

In April 2014 Sélley called attention to himself by showing up to a district city council meeting wearing a USD 1200 pair of leather shoes.

After Rogán informed the district city council on 10 October 2011 that they had signed a rental agreement with Classic Immo Kft., Rogán neighbor and deputy mayor András Puskás initiated the sale of the property for HUF 52.4 million at the subsequent city council meeting.

Rogán claims not to know Portik even though Portik claims to have met him on at least one occasion.

In response to the Blikk article, the Budapest District 5 local government issued the following statement:

“We will take the necessary legal steps to sue those who falsely link the District 5 government or Antal Rogan with Tamas Portik. With regard to the rental of the residential (sic) property at A Károly körút 26, on 29 August 2011 five letters of intent arrived to the local government with offers to rent. Among the offers the rental offered by Classic Immo Kft. was 25 percent higher than the second highest offer, and was the only one to agree in writing to a security deposit equal to twelve months rent.”

Distrct 5 assemblyman and opposition party Together co-chair Péter Juhász held a press conference on December 29 to announce he was reporting the district government to Hungarian authorities on suspicion of misappropriation, fraud and embezzlement.