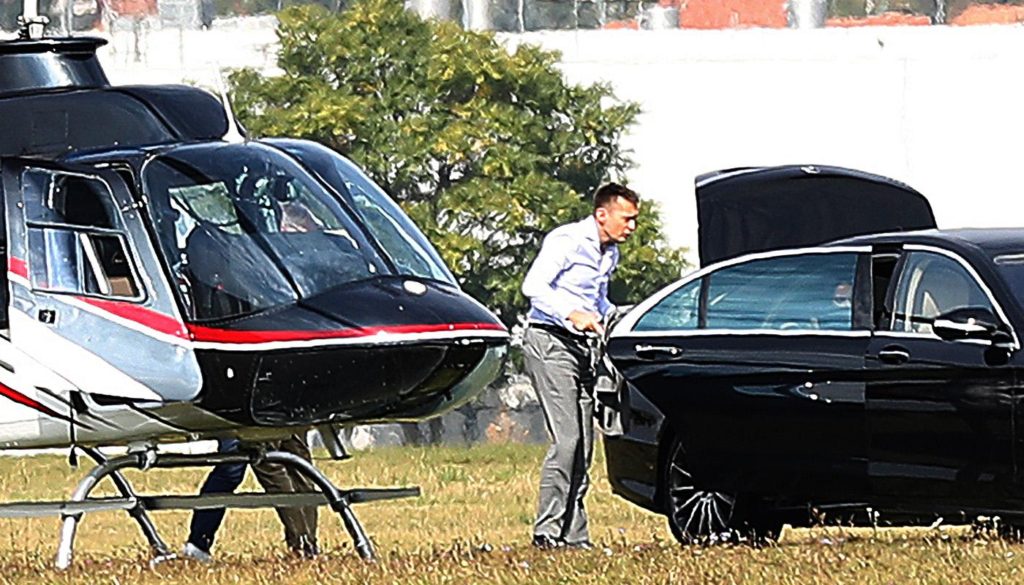 The Hungarian government’s “Minister of Propaganda” Antal Rogán spent his Sunday tooling around the skies in a luxury helicopter with his family, reports left-wing daily Népszabadság.

Rogán was spotted exiting the Bell-206 helicopter at a Budaörs airport shortly after 11 Sunday morning, while members of the press were waiting for him to show up at his local polling station and vote in the anti-quota referendum. A series of photographs was taken showing him and his wife, Cecília, and one of their children stepping out of the helicopter and getting into a luxury black Mercedes with German license plates.

Népszabadság wrote to Rogán, asking him to comment on the news that he had hired the helicopter to take him to a wedding in Szabolcs county, in northeast Hungary. Rogán replied that the paper must have mixed him up with someone else, and he had taken no such trip. He threatened to sue anyone who communicated such information. Népszabadság then sent him the photographs clearly showing him arriving at Budapest in the helicopter and asked whether he would care to retract his statement. He has not yet responded.

Reports had surfaced earlier that the Rogán family had been invited to the Szabolcs county wedding of television star Zsófia Szabó, a friend of Rogán’s wife Cecília.

Tamás Jakab, owner of FlyCoop Kft., the company which rented the helicopter to the Rogáns, told Népszabadság that he didn’t know where their most luxurious helicopter had been taken on Sunday, and even if he did he wouldn’t say because his clients expect discretion. However, several hours after the photos were sent to Rogán, Jakab changed his story.

“I offered to Cecília that I would take them back from Mándok, from the wedding, so they wouldn’t have to travel with their little boys in the night,” Jakab wrote to Népszabadság. “My company is a client of Nakama and Partners, which Cecília Rogán owns. According to our agreement, the two companies would barter the costs of the trip. This favor was specifically for Cecília, whom I know personally, not for her husband.”

Renting the Bell-206 from FlyCoop Kft. costs HUF 250,000 per hour (USD 910). Népszabadság estimates that, given a three-hour round trip from Budaörs to Mándok (in Hungary’s far northeast corner, 15 km from the Ukrainian border town of Záhony), the trip would amount to HUF 750,000 (USD 2,730). If the helicopter had come back to Budaörs after dropping off the Rogáns, and gone again to pick them up, it would double the price to some HUF 1.5 million (USD 5, 460), quite a sum for a brief weekend getaway.

Antal Rogán is responsible for the coordination of the massive media campaign encouraging Hungarian voters to participate in yesterday’s anti-EU refugee resettlement quota referendum. It was under his direction that the government spent a reported HUF 11.3 billion (USD 40 million) on propaganda leading up to its failed referendum.

Rogán was conspicuously absent from a meeting of Fidesz party-faithful last night as they celebrated the result of the invalid referendum in Budapest.