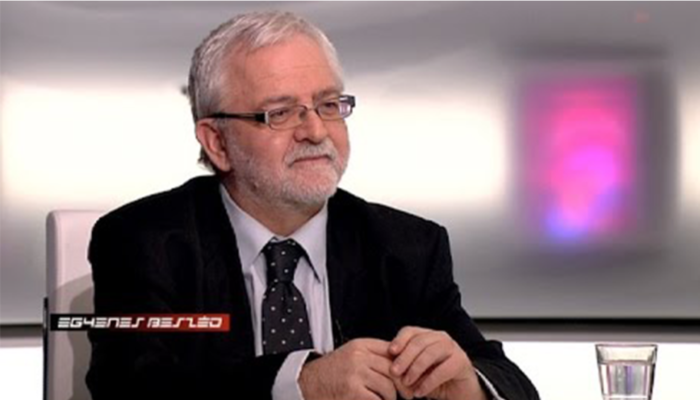 Hungarian foreign policy expert Attila Ara-Kovács told ATV on Wednesday evening that if German Chancellor Angela Merkel travels to Budapest in February it will be to persuade Prime Minister Viktor Orbán to continue to support economic sanctions against Russia when they expire that month. Ara-Kovács believes that if she is not successful, the EU will not be able to punish Russia further for annexing Crimea and fomenting armed rebellion and instability in eastern Ukraine.

He says a state of cold war now exists between the West and Russia, causing both sides to size up the strength of their respective military alliances.  “They can see that people are taking to the streets. They can see that the opposition to Orbán is getting strong and that the prime minister’s legitimacy is decreasing.  They can see that Orbán is one of the most corrupt people in the world.  And they can see that the country previously enjoyed the confidence of the West because the West had little choice in the matter,” said the foreign policy expert.  “Whereas the choice to date has been between Orbán and chaos, nowadays Orbán himself is the chaos.” Ara-Kovács believes that Merkel, who allegedly had a hand in the 2009 departure of former Italian prime minister Berlusconi, is coming to Budapest on behalf of Brussels and the West to put an end to the political conflict.

He says Hungary cannot prevent the EU from extending sanctions against Russia, but its vote would be required in order to eliminate sanctions altogether or introduce a different package of sanctions, and that with this Orbán is in a position to blackmail the West.  Ara-Kovács says the purpose of Putin’s visit to Budapest scheduled for March is for Orbán to remind the West that “if you don’t need me, then there is a place where they are happy to receive me”, and notes that Turkey President Erdoğan is scheduled to visit Budapest shortly after Putin.

Ara-Kovács says that under the second and third Orbán governments Hungary has opened to the East in many ways, but that what is of primary importance to Orbán is the “family business” for which such large-scale public investments as Paks 2 provide a wonderful opportunity  “We should start from this and not from what is in the country’s interest.  Opening to the East does not bring any benefit to the country, only to the members of Fidesz’s own court.”