Armed companies of police to patrol Hungary’s border with Serbia 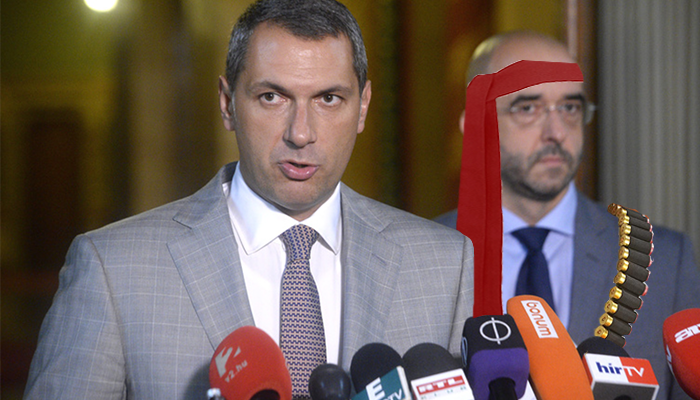 Lázár János announced Tuesday that Prime Minister Viktor Orbán had instructed Minister of the Interior Sándor Pintér to organize companies of armed police to patrol Hungary’s border with Serbia as part of a “more aggressive and determined” stance on immigrants.

Lázár, the Minister Overseeing the Prime Minister`s Office, also announced the government had asked Fidesz and KDNP parliamentary delegation leaders Antal Rogán and Péter Harrach, respectively, to convoke an extraordinary meeting of parliament to modify the criminal code to  make it a crime to illegally enter Hungary or to dismantle a frontier fence, punishable by up to four years imprisonment.

Lázár said they would also modify the criminal code so as to proscribe more drastic penalties for illegally transporting people across Hungary’s borders.  He said this was necessary to combat human trafficking.

The minister blames “organized human trafficking” not only for transporting refugees to the Hungarian-Serbia border, but also for training them how to “abuse” EU and Hungarian law on immigration and asylum.

Lázár said the government hoped parliament would meet at the end of August to debate and adopt the proposed modifications.

He said a plan to notify the affected countries was being prepared  for Orbán’s approval.