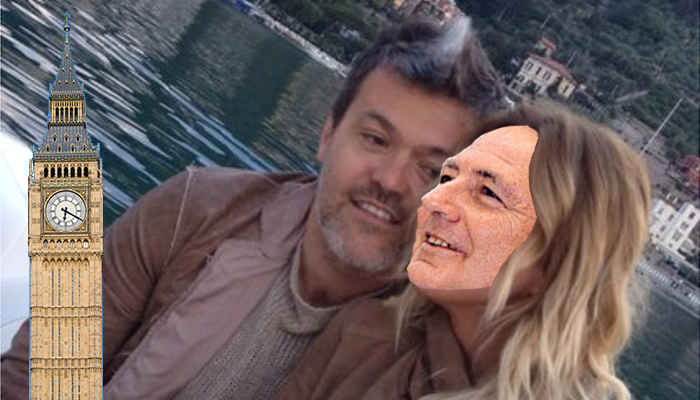 This week it was revealed that Habony recently incorporated a company in the United Kingdom, and that his partner in the venture is the renowned Republican strategic political consulting firm Arthur J. Finkelstein & Associates, Inc.

The Habony-Finkelstein business, known formally as Danube Business Consulting Ltd., was incorporated in March 24, 2015, and is based at 20-22 Wenlock Road in London.

Caught in a lie?

On Friday Prime Minister Viktor Orbán told RTL Klub Finkelstein was an “exceptional and well known expert”  that he was in regular contact with him.  When asked when the two last met, the Prime Minister answered “two days ago”.

That same day, at his weekly press conference, Orbán’s right hand man, János Lázár, the minister responsible for running the Chancellory, denied knowing who Arthur J. Finkelstein was or whether such an individual ever worked for Fidesz or the government.

As reported by index.hu in 2012, Finkelstein has been advising Fidesz since 2008, but Fidesz’s relationship with the Republican strategist is not as direct as one would think. (Read more here).

Fidesz originally hired Finkelstein through the party’s think-tank, the Századvég Foundation, which has been accused of fencing public funds to various political consultants. The connection between Habony and Finkelstein may stem from Habony’s close ties with Századvég.

Washington’s revolving door provides many opportunities for those with alternative political agendas to make use of washed-up politicians.

His father, Senator Connie Mack III has Finkelstein to thank for getting him elected to the US House and Senate and keeping him in office. In one interview, the elder Mack even refers to Finklestein as “my political consultant and dear friend”.

Upon his retirement from the Senate in 2001, Finkelstein helped his son get elected to Congress in 2004, a post Connie Mack IV held until 2013 before dropping out mid-term to run for a seat in the Senate, a race he ended up losing to Democrat Bill Nelson.

Last year Századvég was awarded a contract by the Hungarian Prime Minister’s Office to undertake lobbying activities in Washington, D.C. on behalf of the Hungarian government. In turn, Századvég hired former US Congressman Connie Mack IV (contract available here and here) to do the work for them.

While there is no proof (yet) that Habony, Finkelstein and Connie Mack IV are in cahoots, it would not be surprising to learn that one of the objectives of Danube Business Consulting Ltd. is to lobby United States Congressmen and Senators on behalf of Viktor Orbán and Fidesz.