Ásotthalom bans Islam, homosexuality and burkinis for one day 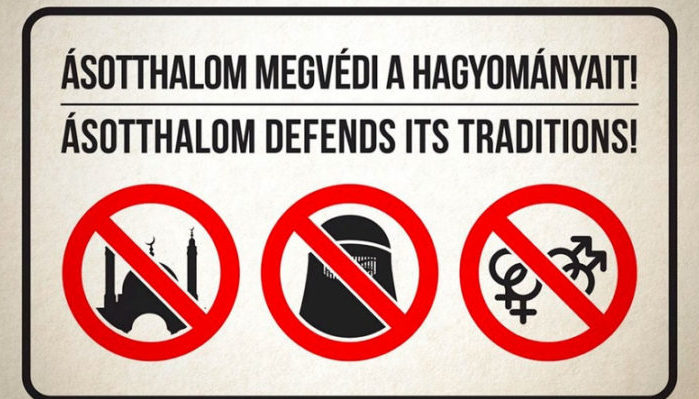 The village of Ásotthalom has reportedly adopted a “preventative action package” of ordinances proposed by its radical right-wing mayor László Toroczkai targeting both Muslims and “extremist liberals.” According to a pro-government daily online 888.hu, the ordinances were only in effect for one day and should rather be regarded as something of a joke.

Toroczkai announced the ordinances on his Facebook page Thursday afternoon. In short, the mayor took it upon himself to make sure any migrants don’t settle in Ásotthalom — especially in light of the failed constitutional modification to keep them out of Hungary. Ásotthalom is in the far south of the country, very near the Serbia border and Hungary’s razor-wire fence.

“Instead of looking for a scapegoat, I offer an immediate solution, a defense against the forced mass resettlement [of migrants] by Brussels,” writes the mayor. “Today the Ásotthalom village council adopted my proposal — which is an action package — to defend our community and traditions from any plan for the outside resettlement [of migrants]. All that needs to be done is for the rest of Hungary’s municipalities to adopt our preventative action package, and with that we will have defended our homeland.”

“Because more than 90 percent of the migrants are Muslims, we adopted the following ordinances:

“Similar ordinance have been adopted in the western half of the European Union (e.g., France and Switzerland). But in several cases these restrictions to the Muslim religion were not created to prevent migration, rather to defend extremist liberalism. The second part of this action package is completed with laws used in the East, in Russia. We here in Central Europe once again find ourselves wedged between two pagans. While from the south we are under threat from migration, our society and traditions are also threatened by extremist liberalism from the west. The second half of this action package is the following.