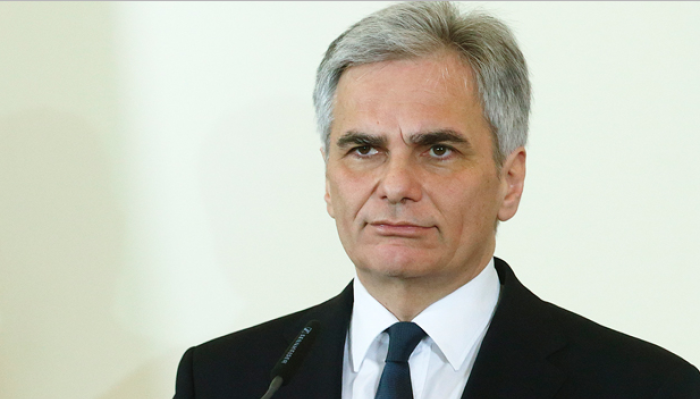 “Those who do not show solidarity in the refugee question should calculate with a veto on matters of financial assistance.”

Austria will temporarily suspend the Schengen agreement.  Every asylum seeker is to be inspected at the border.  Economic migrants will not be admitted, according to an interview with Austrian Chancellor Werner Faymann published on Sunday.

Faymann is quoted as saying that “Just like the Germans, we will introduce border controls and we will send back refugees”.  This means asylum seekers wishing to travel to Germany will not be admitted to Austria.  “We will incrementally control everyone who wants to come here,” he said. “Those without a right of asylum, or who do not apply for asylum in Austria, will be rejected.  From this time forward only those may enter Austria to whom we have granted the right of asylum and who are not ordered out of the country by Germany.”

Faymann said that if the European Union cannot defend its external borders, the entirety of Schengen may be called into question”, in which case “each country must control its own frontiers”.

The Chancellor sharply criticized the European Union.  “It’s poignant that the EU’s complicated structure prevented it from solving the refugee question quickly.  The danger is one of being too little, too late.” Faymann hopes that they will quickly strengthen the EU’s external borders.  “Otherwise the entirety of the EU falls into question.”

He repeated that Austria would suspend fiscal transfers to member states which refuse to receive refugees.  “Those who do not show solidarity in the refugee question should calculate with a veto on matters of financial assistance.”

Austrian Interior Minister Johanna Mikl-Leitner told Austrian public radio on Friday that from the end of the following week it would not admit those refugees wishing to travel to Scandinavia.   The minister said Germany had introduced similar measures.  Mikl-Leitner was referring to those migrants who want to pass through Austria and Germany to Scandinavian countries without applying for asylum.

Since the beginning of the year Austrian police have been turning back migrants wishing to travel to Scandinavia. Mikl-Leitner said some 200-300 migrants arrive daily to the Bavarian border who are turned back to Austria, with only those being admitted to Germany who want to apply for asylum there.

The Hungarian government rejected the Chancellor’s threat to cut off EU funds to member states refusing to take in refugees.

Hungarian Foreign Minister Péter Szijjártó announced that Hungary has met the conditions on the basis of which it is entitled to EU supports (and that illegal immigrants have nothing to do with it).

He said that if European leaders spend their time blackmailing one another, then this weakens Europe.  He said this was unpermissible and unacceptible, especially in times of crisis.

In connection with Austria’s stricter policy, Szijjarto said “better late than never”.  He said illegal immigration was a much more serious problem than the fact that for over the course of a year Europe has been captive to political correctness.