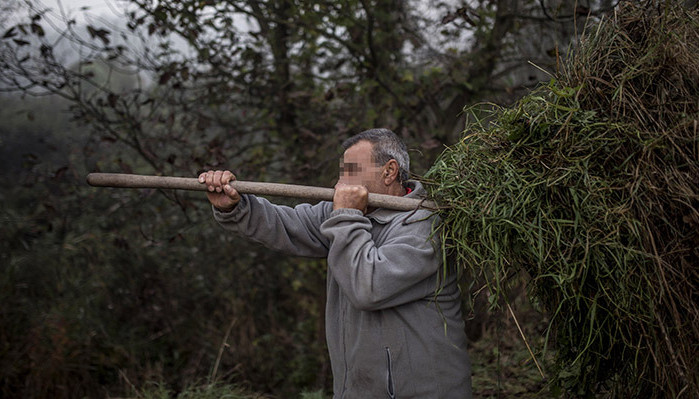 “From the Ministry of the Interior to the public workers, the entire system is based on fear”.  – Mónika Bálint, founder, Public Workers Movement for the Future

In addition to being paid well under minimum wage for their efforts, unemployed Hungarians engaged in public work programs, or public workers, are systematically discriminated against, according to an article appearing in daily news portal abcug.hu.   Unlike regular full-time employees, public workers may not take sick leave.  Nor are they entitled to a lunch hour.  Morever, they are often fired for made-up reasons.   Despite all of this, they are reluctant to speak out for fear of losing their jobs.

Most articles appearing in the press critical of public work are about studies or feature interviews with researchers.   Articles almost never appear in which public workers talk about what they experience at work, whether they are exploited.  Mónika Bálint, the founder of the Public Workers Movement for the Future, says the reason for this is very simple: they do not dare to complain because they are afraid of being fired.   Although the abcug.hu article does not feature statements from public workers, Bálint and her colleagues are in daily contact with public workers, and in this way it is possible to learn their opinion indirectly.

The group’s volunteers and organizers often pound the pavement on weekdays in order to make contact with public workers.  They are happy to be able to exchange a few words with them.  But their primary objective is to persuade them to attend one of the group’s meetings or programs.   They see that public workers are happy to speak about what is happening with them, but are afraid of the consequences if other people find out about it.

Complaints vary but there are a few that are systematically mentioned.

Many complain about the fact that, when it comes to evaluating their work, or even acknowledging it took place, the foreman is given too much discretional power.

“It frequently happens that the foreman does not like one of the public workers and claims without reason or proof that the worker in question either did not do the work or did not do it satisfactorily.  For example, he inspected a given work area and did not find the person there, he concludes that he or she did not come to work.  They arbitrarily deduct hours here and there, or even an entire day.  In most places, termination follows three missed days,” says Bálint.

Recently a public worker from the countryside turned to her because he had worked for almost a week when he was fired. “Nobody informed him that the foreman had not reported his work for three days.  This is one of those cases where it is very difficult to prove he was actually there,” says Bálint, adding that “if someone complains in writing, he would have a hard time finding a fellow worker to testify on his behalf”.   Bálint notes that the situation renders public workers “extraordinarily vulnerable”.

Public workers are frequently terminated for shoddy work.   Bálint cites the case of the street sweeper who sweeps five meters of sidewalk, a pedestrian throws a piece of litter on the sidewalk, the foreman comes and says that he performed his job poorly, and already there is a reason to fire him.

Illness also causes problems.  Local governments do not like it when public workers take sick days because they must repay to the national government the support they received for those days.  In general, they advise the person to take vacation days rather than sick days, or simply do not allow the individual in question to remain at home.  A public worker suffering from an illness that prevents him from working for a long period can find his work contract extended while he’s home in bed.  In such cases the local government does not seek them out to tell them to go to the city hall to sign the work contract.  But if they fail to do so, then there won’t be anywhere for them to go once they get better.

Whether public workers receive a lunch break, and for how long, is up to the foremen.  According to Bálint, there are districts in Budapest where workers may take up to three twenty-minute breaks, and there are districts where they are not even allowed to break for lunch.  “These people would like to eat as inexpensively as possible and, if possible, for free,” says Bálint, adding that “there are organizations in the downtown that distribute food, and if they can they go there to eat”.  She knows of public workers in Budapest who are forbidden by their foreman to partake of free food distribution taking place where the pubic workers are gathering.   They tell them they will fire them if they see them there.

Apart from the lunch break, public workers often do not have access to restrooms.  In theory, as employees of the local government, they are allowed to enter public institutions.  But in the case of nursery schools and schools public workers are not admitted for reasons of hygiene.

Neither the public workers nor the foremen like it when Bálint’s organization asks them questions while they are working.  When there is a complaint, the organization tries to act as a go-between.  However this often backfires.

One of the strangest things about public work is the relationship among work colleagues, according to Bálint.

“In every workplace there are those who believe that they can gain advantage by telling on their work colleagues to the foreman.  I do not see what the advantage is in public work.  Perhaps they believe the foreman will be less strict with them, or they can work more leisurely if they tell on others, but nobody’s going to earn more money this way.  When they speak with someone, they first check to see not only whether the foreman is there but also which work colleagues are standing nearby.  From the Ministry of the Interior to the public workers, the entire system is based on fear,” says Bálint.  As was the case under socialism, there is intimidation and there is a system of informers.

One hears even worse stories about public work in the countryside involving usury or public workers forced to work for private companies.  Bálint believes these are typically the kinds of things nobody would officially complain about.  In Budapest there are more opportunities to work, and it is easy for a public worker to begin anew in another district.  By contrast, in the countryside, especially in smaller settlements, if a public worker gets on the mayor’s bad side, he does not have much of a chance of getting work from him.