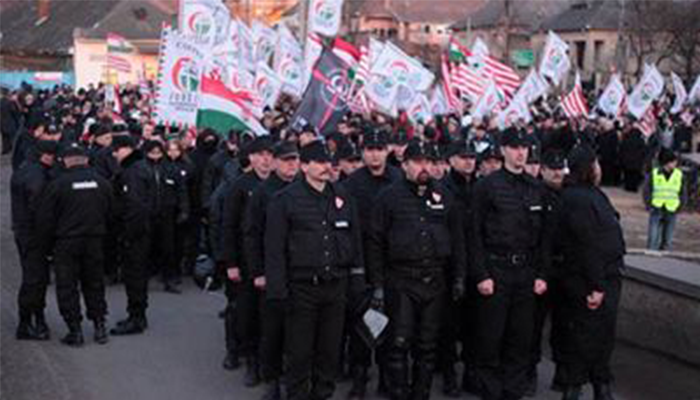 Attila László, president of the recently banned “Association for a Better Future”, has announced the launch this Saturday of a new organization to be called the “Hungarian Self-Defense Movement” (Magyar Önvédelmi Mozgalom). “We await every fellow soldier and every patriot who wants to continue on the day of calling the new Hungarian self-defense organization to life,” he said.

According to László a number of public figures will speak at the event, at 3 pm on Budapest’s Elizabeth square in downtown Pest.  Following the event people can sign up to join the new movement whose motto is “Justice above all else”.

One of several successor organizations to the banned Hungarian Guard (Magyar Gárda), the Association for a Better Future was itself banned last week by the Szeged court for violating the rights and freedoms of others in the exercise of their rights to meet and congregate. László vowed at that time not to give up and to call a new organization to life.

Jobbik chairman and Magyar Gárda founder Gábor Vona claims to have had nothing to do with the Association for a Better Future.  However, Vona reportedly continues to maintain close links with the heads of various radical right-wing organizations, including ones he publicly disavowed in the wake of 2011’s “Gyöngyöspata” disturbances, when some 400 gendarmes laid seige to the Roma quarter for three weeks in March in a brazen attempt to ethnically cleanse the town of its “criminal” Roma element.