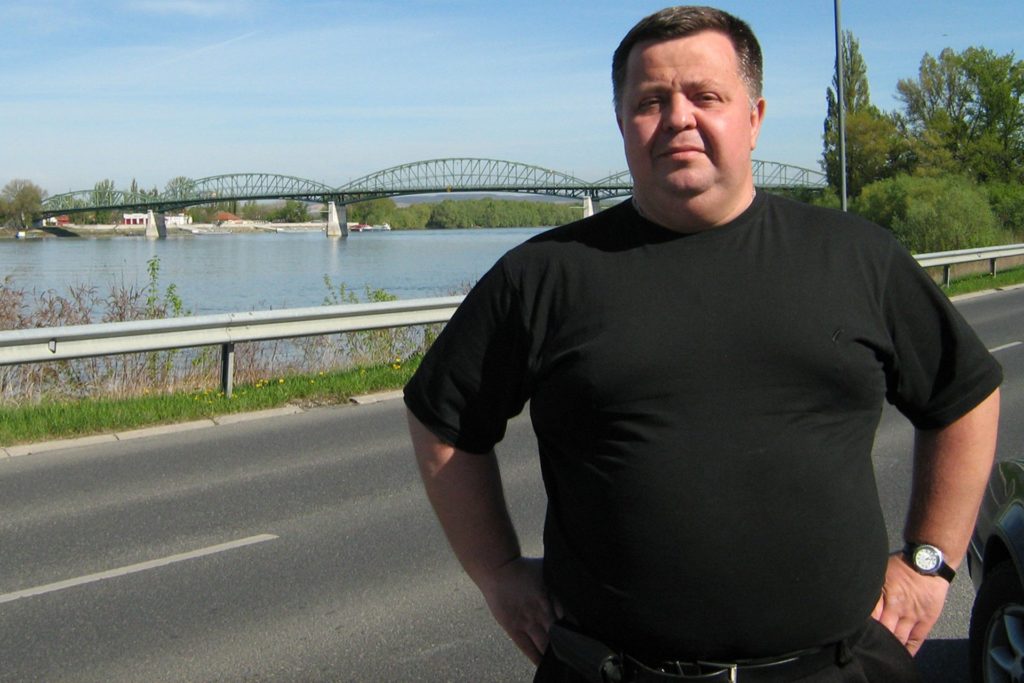 A Belarusian oligarch transferred funds from Russia to Hungarian far-right party Jobbik and paramilitary group Magyar Gárda, according to German public television channel ZDF. Hungarian newspaper hvg reported Wednesday that ZDF named Alyaksandr Usovsky (pictured above) as a middle man who distributed 3,000 euros to Magyar Gárda in October 2014 for an anti-NATO protest, as well as 10,000 euros to Jobbik.

Jobbik officials told hvg that they had never received funds from Usovsky.

The German report comes after a cache of Usovsky’s emails was leaked in February and published by a Ukrainian website. Usovsky himself confirmed the authenticity of the documents to Radio Free Europe/Radio Liberty.

“I have specific political views and I act in accordance with them,” he told RFE/RL in March. “[…] As a private person, I sometimes help my comrades who have similar political convictions — but always in strict accordance with Russian, Belarusian and Eastern European laws.”

Initially after the documents’ publication, much attention was given to Usovsky’s financing of Polish groups, in particular when it concerned anti-Ukrainian activities within Poland. He has also taken an interest in anti-NATO and anti-Western projects in countries such as Slovakia and Moldova.

Usovsky has ties to both Russian oligarch Konstantin Malofeyev and Russian State Duma Deputy Konstantin Zatulin. Malofeyev is a close ally of Russian President Vladimir Putin and has been known to carry out financial activities in support of Kremlin foreign policy goals. A conservative Russian nationalist with deep ties to the Orthodox Church, Malofeyev is suspected of financing much of the rebel activity in eastern Ukraine in the early days of the conflict. In fact, some of the top pro-Russian leaders in the war zone of Donbas were his former employees.

Usovsky, according to ZDF, is a middle man. According to the leaked emails, he received a total of about 100,000 euros from Malofeyev.

Over the past years there has been growing evidence of Russian interference in Hungarian politics. Russian intelligence is known to cultivate ties with far-right groups within Hungary.  Most recently, evidence emerged that the Russian intelligence agency GRU cooperated closely with István Győrkös, a militant far-right leader who allegedly shot dead a policeman at his home in Bőny, Hungary, in October 2016.

Last year Malofeyev gave an interview to ZDF where he listed far-right parties that he admires, adding: “I also really like [Hungarian Prime Minister Viktor] Orbán.”