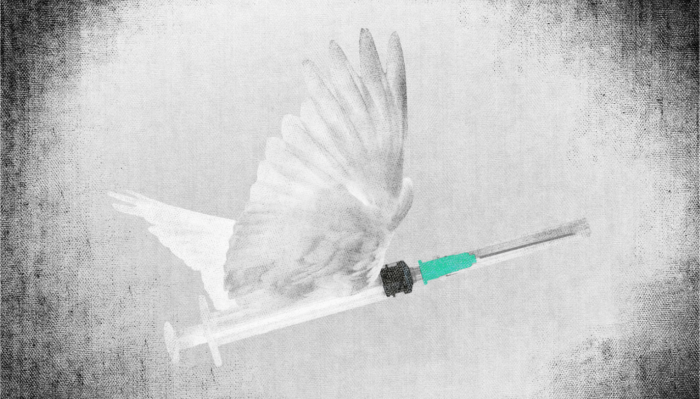 One sterile syringe costs HUF 25 (USD .09), while the cost of providing constant medical care to someone diagnosed as being HIV positive or having Hepatitis C is many millions of forints per year. This fact was shown to Hungarians today as part of the “Did you know?” civil initiative.

The initiative says that banning drugs and law enforcement isn’t enough to stop the spreading of illicit substances. There are harm prevention programs similar to that of the needle exchange which not only help protect drug users, but also help direct people into the health care system and rehabilitation programs.

Such programs represent the only connection between intravenous drug users and society. In places where a well-working needle exchange program is terminated, there is also a rise in the number of individuals afflicted with HIV. The reach and risks of HIV extends well-beyond those who use intravenous drugs.

Hungary’s moving in the wrong direction

In 2014 the Blue Point (Kék Pont) infection prevention facility closed its needle exchange in Budapest’s District VIII (Józsefváros) due to a lack of financing only months after the HIV virus reappeared in the troubled area for the first time in nearly a decade.

Since 2006 the unit had been Hungary’s largest such facility, offering some 3,000 intravenous users new needles and a support network to fight addiction and prevent the spread of HIV and hepatitis. The foundation had asked the state to increase its annual support from HUF 6 million (USD 26,000) to HUF 30 million (USD 135,000) but was turned down.