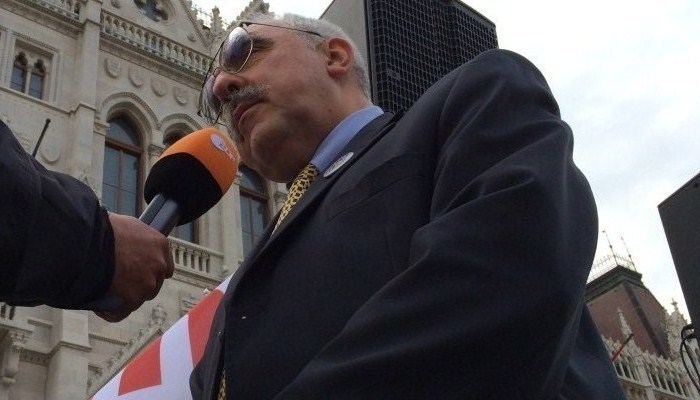 In a written statement issued this afternoon, Movement for a Modern Hungary (MOMA) party founder and chairman Lajos Bokros condemns the Orbán government’s handling of the refugee crisis.

“The Orbán government is obviously getting ready to announce a state of emergency,” writes Bokros. “Given that the country is doing worse and worse, the government needs an extraordinary situation in order to justify its harsh and cruel actions. Against everybody, without modifying the basic law, by declaring a state of emergency, the government has authorized itself in a manner that is unconstitutional and can be used for domestic political objectives as well.

“One of the most serious human tragedies is taking place before our eyes these days—among them women, children and old refugees from the Middle East, Asia and Africa displaced by war or domestic conflict.  Western Europe magnetically attracts embittered, desperate refugees fearing for their lives.  All of us have a fundamental moral obligation to relieve the refugees’ suffering,” writes the conservative politician and former member of the European Parliament.

“The Orbán government has demonstrated that it is incapable of satisfying the basic requirements of respect for human beings.  Along with the members of law enforcement organizations, its handling of the refugees is shameful and inhuman.  Again and again he lies by claiming he is fulfilling our international obligations, whereas in the meantime minimal support is provided exclusively by a mass of volunteers.

“At the behest of the government, the general assembly passed laws whose ambiguous provisions make it possible to apply however they like.  Those protesting their inhuman and unworthy circumstances can immediately be branded ‘trouble makers’, even as it does not ensure refugees the government’s cooperation.

“The Orbán government is using the refugee issue to deliberately destroy the country’s alliance system within the European Union.  It fights a war of annihilation against national interests instead of working with them to find a solution for the entire Union.

“The Movement for a Modern Hungary askes every honest and righteous Hungarian citizen to continue doing everything in the interest of mitigating the shame brought on Hungary’s honor. We are fighting for our future, struggling for our own decency!” concludes the statement.

This is not the first time Lajos Bokros has outright condemned the government of Viktor Orbán.  In an interview given the Beacon in June he effectively branded the xenophobic propaganda of the government “fascist.”