Brace yourselves, the quota referendum is coming 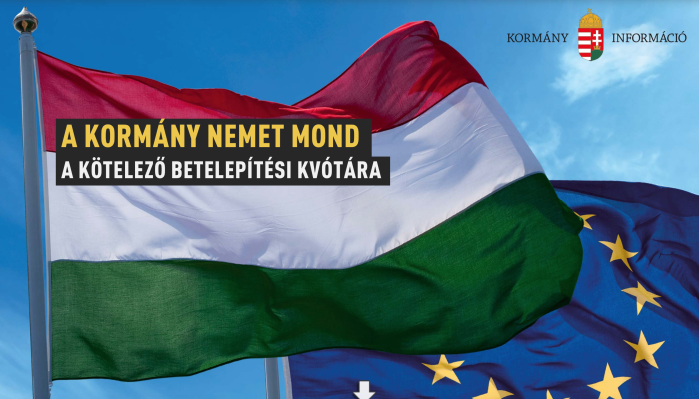 Legal attempts to prevent Hungary from holding a referendum on the migrant resettlement quota system of the European Union have failed. On Tuesday, the Constitutional Court refused three motions filed against the parliamentary decision authorizing the referendum. This means Hungarians will likely head to the polling stations in late September or early October.

The parliamentary decision to hold the referendum was only backed by Fidesz, KDNP and Jobbik MPs, but their support was enough for it to pass. After the 10 May vote, opposition politicians had only a few days to submit a motion against the decision. Two of the motions challenged the parliamentary decision itself, and the third contested the Curia’s verdict that validated the referendum question:

“Do you want the European Union without the consent of the Hungarian parliament to prescribe that it be mandatory to resettle non-Hungarian citizens in Hungary?”

The Constitutional Court refused the motions against the parliamentary decision, saying it had no right to investigate the referendum question itself, only the action of parliament, which it found to be constitutional, the national election office having approved the question and the Curia having upheld that decision.

With all three motions refused, there is nothing standing in the way of the referendum that seeks to excuse Hungary from taking in any refugees, even though the referendum’s outcome would have no bearing on the settlement plan legally because EU member states are required to abide by the decisions of the European Council. There is currently one EU rule that would oblige Hungary to resettle 1,294 refugees by September 2017.

Although the date has not yet been set, experts agree that the actual voting might happen at the end of September or the beginning of October. This is what Bence Tuzson, secretary responsible for government communication, told state news agency MTI. The final date will be set by Hungarian President János Áder.

Ironically, the three motions served the government’s interest. Without them, the referendum would have had to be held at an earlier date, probably in the summer when everyone is on vacation.

The September or October dates, on the other hand, promise a higher turnout. For a valid referendum, a turnout of 50% of eligible voters plus one is needed. According to a poll conducted by Fidesz brains trust Századvég Institute, 72% of voters are willing to head to the polls, and 87% of them would refuse the EU quota system.  However, as such polls tend to be skewed in favor of the government, these numbers should be taken with a grain of salt, as that would entail more voters turning out to vote in a referendum than in a typical general election.