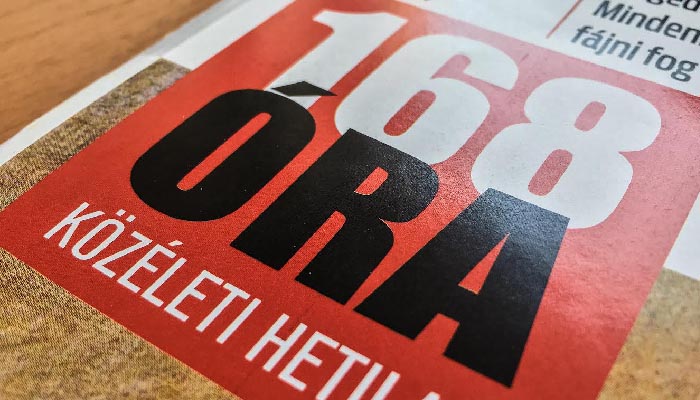 Earlier this year Brit Média Kft. purchased a stake in Hungarian opposition radio station Klubrádió.  In addition to 168 órá it was also rumored to be interested in purchasing Origo from Magyar Telekom.

Mester says the decision to seek new owners came as the result of the weekly’s inability to generate enough income to support the staff’s work. He says the weekly has also struggled to deal with Hungary’s uncertain media situation.

The decision to sell to Brit Média Kft. came after another potential buyer sought to change the paper’s editorial direction, which has been highly critical of the policies of the current government.

Mester says Brit Média Kft. does not seek to change the weekly’s direction and will keep its editorial staff.