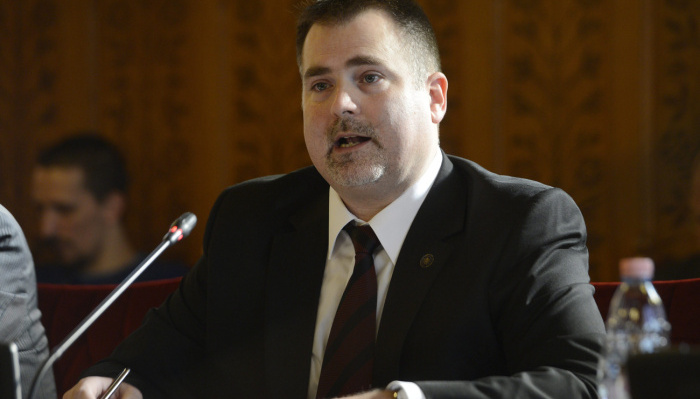 It is not enough that the (foreign) ministry keeps citizen’s money in high risk junk bonds, it also makes decisions based on insider information, and more quickly saves its “own” money than that of depositors.  – 444.hu

The broker scandal continues to grow.  Tens of thousands of depositors and investors have been affected by the loss of hundreds of billions of forints worth of assets.  Local governments and various non-profits have lost hundreds of millions.  Brokers have been arrested.  At least one professional football club stands on the brink of bankruptcy.  It it turns out the Foreign Ministry kept billions of taxpayer money in high risk junk bonds.  All of this has happened since police raided the Budapest headquarters of the Buda-Cash Broker House the night of February 23rd.

Following the raid, the National Bank of Hungary (MNB) revoked the company’s operating permit, and appointed an overseer.  The brokerage’s problems affected 15-20,000 of its own customers as well as 120,000 depositors of four regional banks belonging to the DRB Bank Group.  According to the Central Bank the company had continuously falsified data over the past decade and a half and was unable to account for HUF 103 billion worth of assets.

On March 9th police took ten Buda-Cash employees into custody, including CEO Péter Tólgyesi, who is suspected of embezzling HUF 60 billion.  The City Head Prosecutors office initiated the preliminary detention of three of the suspects.

The Countrywide Depositors Insurance Fund (OBA) said that it would compensate the 73,000 customers of the DRB bank group by the end of March up to EUR 100,000 per customer, for a projected grand total of HUF 103 billion.

On Friday, March 6th MNB suspended the operating permit of Hungaria Securities Zrt. and appointed a commissioner to oversee the bank’s activities.  On the basis of a report filed with the authorities by the central bank, four people were taken into custody on suspicion of embezzlement.  Eager to calm markets, MNB announced that the losses paled in comparison to those of Buda-Cash. On March 8th the court for the Buda region approved the motion of the Pest County prosecutors’ office that three individuals be take into preliminary custody, and that a fourth one be placed under house arrest.

Soon thereafter it turned out that the Fidesz mayor of Fót had doubled the city’s investments in securities at Hungaria Securities Zrt. from HUF 500 million to HUF 1 billion.  All of this is lost as local governments are not covered by the investors insurance fund.

The mayor of Fót, Sandor Bartos, told MTI that he had simply acted on the basis of the contract concluded be the previous mayor, Érzsébet Cselőtei (Fidesz) and had deposited HUF 500 million worth of city development funds after being elected mayor last fall.  He claims he acted lawfully as there was a city council decision concerning the previous transaction (at the time he was working as deputy mayor), and that the same contract served as the basis for the second HUF 500 million.

The same day Buda-Cash CEO Péter Tölgyesi was arrested, MNB announced that it was suspending the operating permit of Quaestor Securities Trading and Investment Zrt. (Quaestor Értékpapír-kereskedelmi és Befektetési Zrt.).  According to the central bank, Quaestor had issued HUF 150 billion worth of counterfeit bonds above the HUF 60 billion in bonds that had been approved.

On the day the latest scandal came to light HVG wrote that “old friends” and “common deals” tied Quaestor to Fidesz.  It turns out that Quaestor President and CEO Csaba Tarsoly had been the business partner of Szilard Kiss, the agricultural attaché to Moscow taken into custody in January who also served as the ministerial commissioner for the “eastern opening”.  Tarsoly often appeared in public with Foreign Minister Peter Szijjártó, whom he has known for a long time.

Several days later Tarsoly, who is the owner of the Győri ETO football club, renounced his title of honorary citizen of Győr. After Quaestor Financial Hrurira Kft. announced it had filed for bankruptcy (it hadn’t), the team found itself in financial trouble and has filed for protection from its creditors.  And to make matters worse the club’s other sponsor, Audi Hungaria, also terminated its sponsorship agreement with the club over the scandal.

It was revealed that the Ministry for Foreign Affairs and Trade also kept an account with the Quaestor group writes Index.  The ministry told the news portal that on March 5th—four days before Quaestor announced it was filing for bankruptcy—the Foreign Ministry’s Hungarian National Trading House (MNKH) reportedly withdrew HUF 3.8 billion.  It claims it was not guilty of insider trading, but merely behaved in the same way as others in the wake of the broker scandal.  Daily 444.hu wrote at the time that it is not enough that the ministry keeps citizen’s money in high risk junk bonds, it also makes decisions based on insider information, and more quickly saves its “own” money than that of depositors.

The foreign ministry acknowledged that the HUF 18 billion worth of securities necessary to raise the capital of Eximbank had been on deposit with Quaestor about from the MNKH HUF 3.8 billion.

In the meantime Tarsoly vanished, only to reappear later.  Daily newspaper Blikk reported that a number of trucks arrived at night to remove all the contents of his luxurious home.

According to governmental sources, Tarsoly will soon be taken into custody,  In the meantime they have started “emptying out” the company, writes 444.hu.  So far Quaestor Financial Consulting Zrt. was owned by a Lichenstein company by the name of Insula Management Establishment.  However, on March 16 the Quaestor group bond issuer, Quaestor Financial rarer became the majority owner, despite announcing that it had declared bankruptcy (it hadn’t), at least according to company documents.  The company appointed a new CEO, a certain Béla Orgován who hails from a small town in Pest County.

Those living there find it hard to believe Orgován became the CEO of a financial company managing hundreds of billions of forints.  For most of his life he has been unemployed, and many believe he has not even completed 8 years of education, writes 444.hu.  Claiming he had no knowledge about his successor, Tarsoly subsequently announced that he was calling together the company shareholders so that he could once again be appointed CEO.

Numerous critics and opposition politicians think it strange that nearly two weeks after the brokerage scandal of the century, Quaestor has yet to declare bankruptcy and Tarsoly has yet to be arrested.

The Central Bank suspects that fraud at Buda-Cash and Quaestor took place though a manipulation of its information system, whereas at Hungaria a separate set of records were kept.

Of all the clients in trouble, perhaps the owners of Quaestor bonds are in the biggest trouble since the investment insurance fund (BEVA) does not extend to the loss of such investments, only to damages arising in the event a broker collapse.  In other words, at most the assets of the Quaestor group of companies could be used to reimburse clients.

On Tuesday the deputy central bank governor for financial oversight, László Windisch, announced that, according to its interpretation of the law, BEVA has an obligation to compensate those clients who purchased some HUF 150 million of fictive bonds from Quaestor.  The holders of some HUF 58 billion in bonds that were appropriately issued are not entitled to compensation.

Windisch says it is necessary to examine the responsibility of Gyimesi & Company, the company responsible for auditing all three companies as it was “the common link between the three companies.”

Fidesz wants to obstruct the flight of assets

At the beginning of the week Viktor Orbán told state news that it was necessary to prevent assets that could serve as the basis for compensation from fleeing abroad.  He announced his government’s intention to organize a fund to compensate victims to be formed from the assets of the affected companies, including that of the brokers “who abused their power”, supervisory committee members, auditors, as well as the private assets of other responsible individuals.  The law is expected to go before parliament as early as next Tuesday, and the necessary executive acts could even be passed the following day.  After that the seizure of private assets could begin, announced the Prime Minister.

Fidesz caucus head Antal Rogán believes that the law will make it possible for some 22,000 Quaestor customers investing HUF 6 million or less to recover a large part of their investment.

Another law is being prepared, the so-called “lex offshore” law that would make it possible to seize the assets of “criminal brokerage companies” transferred abroad or belonging to companies registered abroad reports Hir24.

Hungary to pay a high price

Apart from the damage caused to depositors and investors, the scandal will have long term effects on the country in the form of thousands of companies indebted to one another, additional administrative burden, a collapse in investor confidence, a decrease in the willingness to invest, and the additional cost of increased levels of financial oversight all represented a serious burden on companies as well as the state.

People’s investment habits may also change.  Hereafter, many will prefer to keep their money in savings accounts, others may choose to invest in works of art or real estate according to Mária Zita Petschnig of financial research firm Pénzügykutató Zrt.