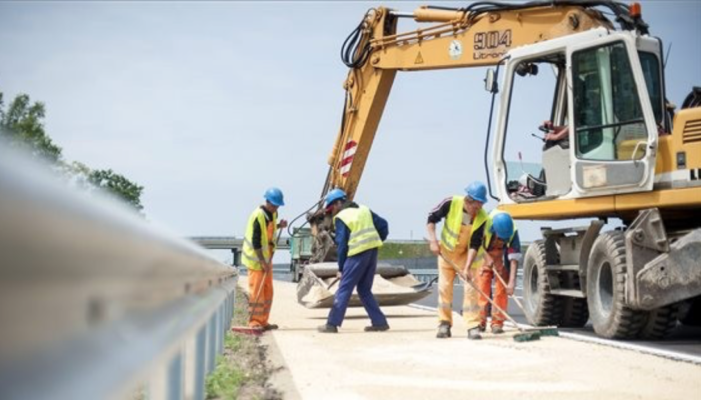 Brussels has again frozen the payout of EU-backed infrastructure projects from the 2007-2013 period, reports Világgazdaság.

Despite all EU Member States giving the green light to continue EU fiscal transfers related to road construction projects, the money has yet to arrive to Budapest.

Citing sources in Brussels, Világgazdaság reports that yet another public procurement setback has prevented Brussels from remitting hundreds of billions of forints to Hungary in connection with the country’s infrastructure development projects.

The regional commissioner has reportedly suspended fiscal transfers to Hungary related to these infrastructure projects and has called upon the Prime Minister’s Office of Hungary to provide a detailed explanation of how its public procurement for the 2014-2020 period will work.

The concrete mixing conditions stipulated in earlier Hungarian road construction tenders resulted in the freezing of some HUF 500 billion of EU funds. Now, according to Világgazdaság’s source, the latest freezing affects some EUR 700 million in fiscal transfers.

In August, Közgép – which is owned by oligarch Lajos Simicska – submitted an HUF 10.4 billion bid to undertake a road construction project. Közgép’s bid was HUF 4.4 billion cheaper than that of the winning consortium, Strabag-Hódút (HUF 14.8 billion).

When choosing the winner, the public procurement authority weighed the emissions criteria (that is, the emission resulting from the distance between the cement mixing site and the construction site) to the tune of 20 percent in its tender evaluation.

Despite providing a much lower offer, the more environmentally-friendly tender outperformed Közgép’s tender — and that is not necessarily the problem.

Brussels took issue with this particular condition because it appears to be used discriminatively by Hungarian authorities. Only the distance between the asphalt mixer site and the project site was taken into consideration (and not other materials, such as stones or earth). In other words, only those companies which have asphalt mixing sites near the construction site can win these public procurements. The end result is a two-lane highway that will cost HUF 3 billion per kilometer to build.

Brussels is examining whether this practice in Hungary is recidivist (whether it also affects public procurements from the previous EU funding cycle), and, if so, whether the fiscal transfers related to the infrastructure development projects can be frozen because of similar problems.

Essentially, only companies that operate asphalt plants within a set distance of the construction site stand any chance to be awarded a public procurement tender in road construction.

Several months ago, Minister Overseeing the Office of the Prime Minister János Lázár said the Hungarian government had reached an agreement with the European Commission over the EU’s frozen fiscal transfers for Hungary’s road construction projects. Back then, Lázár stated that Hungary would only have to pay a fine of HUF 48 billion.

Now, however, the Democratic Coalition (DK) has released a statement, citing European Commissioner for Regional Development Corina Crețu, claiming that Brussels will withhold significantly more than what Lázár claimed — a total of HUF 180 billion (USD 665 million).

The Prime Minister’s Office’s press office has confirmed to Világgazdaság that funds related to the asphalt mixing discrepancy have not yet been transferred to Budapest, but that Hungarian authorities have provided all information related to the fiscal transfer to the Commission.

The PMO denies that the asphalt mixing condition has once again become a condition for deciding public procurements related to road construction. Furthermore, the government does not think it is possible for the European Commission to suspend funding from the previous cycle simply because it suspects a similar problem will reoccur in the new cycle.