Buda-Cash at center of “brokerage scandal of the century” 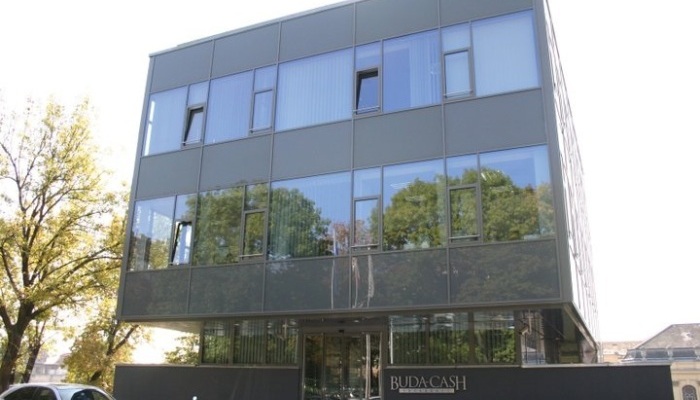 This is a follow-up to our earlier article on the same subject.

“Brokerage scandal of the century” reads the lead article in this week’s Figyelő.  However, the weekly business magazine’s coverage of the unfolding saga of Buda-Cash, one of Hungary’s oldest brokerage houses, and four regional banks owned by the same group of investors, has already been superceded by Thursday’s revelation that (1) some HUF 70 billion (USD 259 million) is actually missing from four banks belonging to the same owners as Buda-Cash, and (2) that Buda-Cash reported itself to authorities on Monday, the day Hungarian financial regulators were scheduled to begin an on-site audit.

According to napi.hu, the fact that the brokerage company’s directors reported themselves to authorities, albeit at the last possible minute, helps explain why none of the company’s officers or directors have been taken into custody despite being unable to account for some HUF 100 billion (USD 370 million) worth of assets.

After Tuesday’s Central Bank announcement that Buda-Cash clients could withdraw up to HUF 1 million (USD 3,700) from any of the four banks in question, the amount was decreased today to HUF 60,000 (USD 220) on news the banks are missing roughly one-third of their total assets.

Napi reports that the police have yet to make arrests owing to the “cooperative behavior” of the company’s directors.  However, according to an article published today by index.hu, neighbors reported unusual activity at the company’s Budapest headquarters the night before the directors turned themselves in.  According to at least one eyewitness some six well-dressed men arrived in dark cars and entered Buda-Cash’s headquarters at 2 am Monday morning where they reportedly “worked” through the night. At one point, one of the men was spotted carrying a black garbage bag to his car.

Napi.hu also reports that the National Bank of Hungary (MNB) had been examining for some time the bank group’s relatively large investment in Hungarian treasuries managed by Buda-Cash Zrt., but that the on-site audit was only to start the Monday the bank’s directors notified the central bank of the missing HUF 100 billion.

The southern town of Siklós (pop.: 10,000) is one of 83 local governments affected.  According to mayor János Marenics, the southern Hungarian city allegedly had HUF 170 million on deposit at DRB.  Major Marenics told vg.hu he had written to the President of the Hungarian parliament, László Kövér, requesting the national government’s help.

Prominent educator and blogger Nóra L. Ritók’s “True Pearl” Foundation, which sponsors a number of projects intended to help poor families living in the vicinity of Berettyóújfalu, wrote in her widely read blog on Wednesday that:

“We cannot access our account.  This makes it impossible for us to do our work, and deprives us and the families of hope. We cannot buy medicine for the children, we cannot distribute scholarships.  We brought people and companies together to help our work in vain.”

According to Ritók the money her “True Pearl” foundation received in the form of grants is just under the limit covered by the national depositors insurance fund, but “the money we saved up to fund improvements have been swallowed up by the situation created by fraud.”

Ritók told the Beacon that her foundation found itself unable to pay some HUF 6 million in salaries and payroll taxes on Friday, but had arranged to borrow money from other foundations until her foundation was reimbursed by the Country Depositors Insurance Fund (OBA).

After failing to open on Wednesday, the four banks reopened their doors today after the Central Bank determined they had sufficient liquidity on hand.  However, if their liquidity does not improve within the next few days, then the Central Bank will either assume control of the banks or it will withdraw their operating permits and force their liquidation writes vg.hu.  In that case, the OBA can start the process of reimbursing depositors up to HUF 30 million (USD 110,000) within 20 days, providing, of course, it has sufficient funds on hand.  Unfortunately, this may not be the case.  According to vg.hu only HUF 11 billion (USD 40 million) remained in the fund as of the end of 2014 after a costly series of bank failures, including the Szechenyi bank.