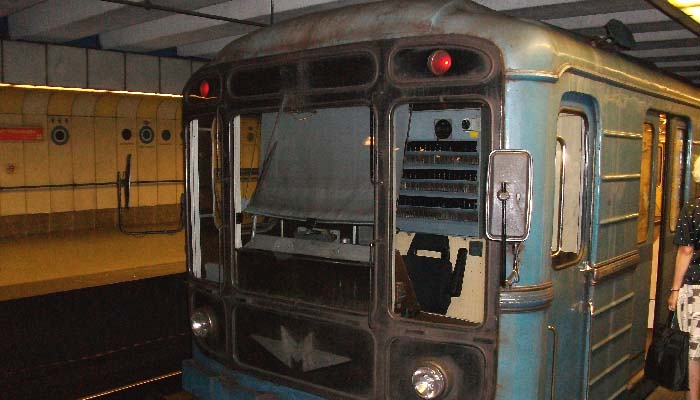 Russian-owned Metrovagonmas has been awarded a HUF 69 billion (USD 250 million) contract to refurbish 222 of Budapest Transportation Authority’s (BKV Zrt.) subway cars, many of which are more than thirty years old. Hungarian news site Index.hu reports BKV rejected an offer from Estonia’s Skinest Rail that was 11 percent cheaper for “being too low”, even though it was only some 2.5 percent lower than originally estimated.

The Budapest city council decided last year to announce a call for tenders to have the city’s M3 line subway cars refurbished once financing for the project could be secured. A total of seven companies submitted tenders but only five made it through to the second round: Alstom, CAF, Metrovagonmas, Skinest Rail and Škoda Transportation. Alstom then pulled out of the process, as did CAF and Škoda.

The call for tenders did not occur without problems. There were delays in deciding a winner because Budapest sought clarification of certain details relating to the bids.

The decision to award the contract to Metrovagonmas came as a surprise because Skinest Rail‘s offer to refurbish the 222 cars plus an additional 42 cars (HUF 72 billion) was HUF 9 billion (USD 33 million) cheaper than Metrovagonmas’ (HUF 81 billion).

Budapest mayor István Tarlós justified the decision on the grounds that “time cannot be wasted” because “lives are at stake”.  Tarlós told Index.hu: “I don’t care if it’s the devil himself who builds [the subway cars], we can’t keep wasting time.”

According to a table issued by the Budapest Transportation Authority in May this year, the estimated cost of renovating 222 subway cars was HUF 62.55 billion, or some HUF 6.5 billion less than the Metrovagonmas offer and only some HUF 1.5 billion more than the Skinest Rail offer.

The same table estimates the cost of replacing all 222 cars at HUF 92.76 billion.  However, 444.hu points out that, whereas new cars would have last thirty years, the renovated subway cars are only expected to last another twenty years, meaning that in the long run there is no financial advance to the city of refurbishing existing subway cars over buying new ones.

444.hu also observes that, in addition to refurbishing 222 subway cars, renovating the tunnels and tracks of the M3 metro is expected to cost an additional HUF 200 billion (USD 730 million).

The contract involves refurbishing 222 subway cars with an option to refurbish an additional 42 cars should the city decide to move forward with plans to extend the M3 line all the way to the northern Budapest neighborhood of Káposztásmegyer.

According to Index.hu, the Estonian Skinest Rail offered to do the job for HUF 72 billion, while the Russian Metrovagonmas offered to do it for HUF 81 billion.

A statement released by BKV announced that the contract is due to be signed on July 20. The company hopes to receive its first shipment of refurbished subway cars in 16-18 months. Once the refurbished prototypes prove to be operating well, Metrovagonmas will deliver two subway cars every two months.

(So much for not wasting time and risking lives!-ed.)