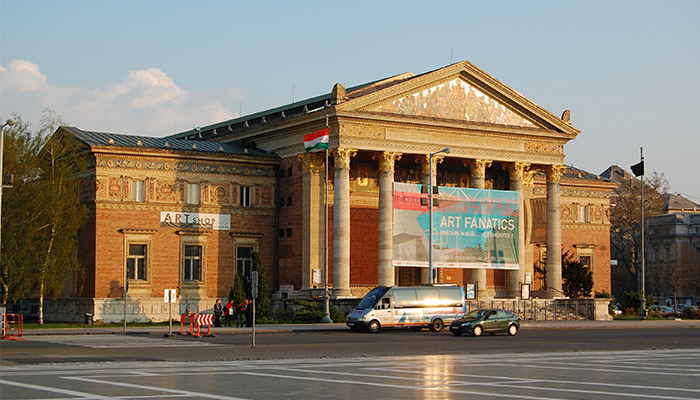 The Kunsthalle (Műcsarnok) has been Hungary’s most important contemporary art gallery for decades. But all that is set to change. Now under the control of the Academy of Arts (MMA) led by the ultra-conservative 82-year-old culture czar György Fekete, the museum’s new director, George Szegő, presented the following manifesto on Thursday:

Szegő (pictured here) criticised his predecessors Gábor Gulyás and Zsolt Petrányi, calling them leaders of the “small elite”, while his new leadership will see “popular, eye-catching exhibits”, adding that his “immediate predecessor (Gulyás) was characterized by a lack of self-reflection”.

After years of spending cuts, Szegő has been promised HUF 500 million (USD 2.1 million) a year for the operations of the venue, which it will receive direct from the MMA, almost double the HUF 270 million(USD 1.2 million) it received last year.

According to Academy of Arts director Fekete, there has been a lack of reverence towards the issues of nation and religion.