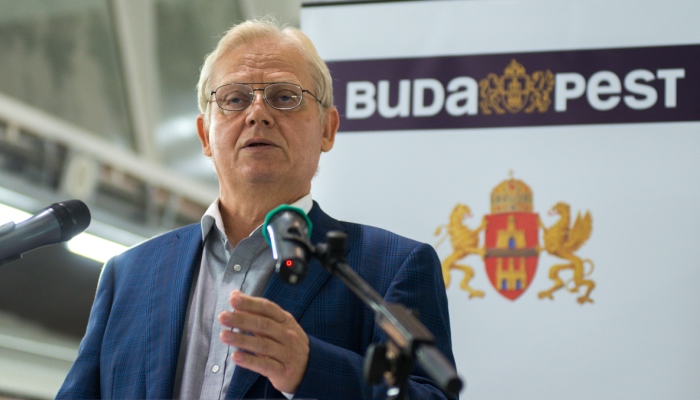 “In the case of there officially being plenty of signatures, and if the issue is seriously considered, then I will recommend to the Budapest Assembly to decide on the withdrawal of the submitted Olympics application.”                -Budapest Mayor István Tarlós

Budapest Mayor István Tarlós told a press conference Friday that if enough signatures are gathered to generate a referendum on whether Budapest should host the 2024 Summer Olympics, then he will personally consider whether the city should withdraw its application from the International Olympic Committee.

“In the case of there officially being plenty of signatures, and if the issue is seriously considered, then I will recommend to the Budapest Assembly to decide on the withdrawal of the submitted Olympics application,” Tarlós said. (Early numbers on Friday indicate that some 266,000 signatures were collected toward a referendum, well in excess of the 138,000 required.)

However, Tarlós said he thinks the initiative to force a referendum should have taken place earlier, arguing that several years ago, during the initial formation of policy concerning an Olympic bid, the government was eager to hold a referendum on the issue but there was no substantial opposition.

But Tarlós himself made statements in 2014 in opposition to a Budapest Olympic bid.

“I played sports and I too am friendly to sports, and of course the value to sports and the value of tourism would be great if there would be the Olympics here one day, but I’m amazed by these propositions right now,” Tarlós told ATV in 2014, adding that a Budapest Olympics would be “unrealistic.”

Asked at the press conference about his about-face, Tarlós said his 2014 statements were before he had seen more concrete plans and impact studies, and his opinion on the city’s bid had since changed.

In the case of a referendum, the mayor promised that he would not deceive or manipulate the Hungarian people by slowing down the process until the last possible moment, which could render it ineffective. If he sees such political machinations, Tarlós says, he will speak out.