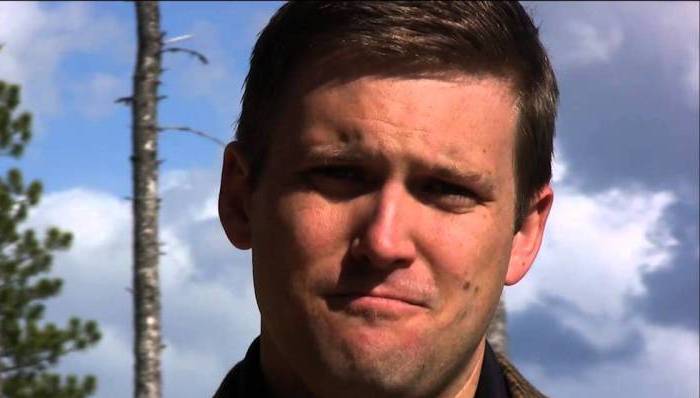 The US white supremacist who organised an international conference in Budapest at the weekend was expected to be deported from Hungary with a three-year ban from Schengen Zone countries today.

National Policy Institute (NPI) chairman Richard Spencer dodged an official government ban by flying into Vienna and taking a train to Budapest to attend a downsized version of the NPI’s “Identitarian Congress”.

As Saturday night arrived the list of speakers had fallen to two, as Kremlin ideologue Aleksandr Dugin was denied an entry visa for Hungary and Jobbik’s leader Gábor Vona and deputy caucus leader Márton Gyöngyösi distanced themselves from the event. NPI founder and publishing heir Bill Regnery was held at Liszt Ferenc airport in Budapest and deported Sunday.

On Saturday evening the white supremacists (or “white nationalists” as they prefer to be called) gathered at Clock Café near Déli Pályaudvar in Buda, for what Spencer was by then calling a “private meeting”. Vdare.com wrote that American Renaissance founder and author “Jared Taylor gave an emotional speech, calling for unity between all European and European-descended populations. He also paid tribute to the efforts of Hungarian and other Central and Eastern European nationalists, but warned them not to fall for the same temptation of mass immigration that is ravaging Western Europe and the United States.  His call for Europeans around the world to regard each other as brothers and sisters received a standing ovation.” US citizen and former Croatian diplomat Tomislav Sunic also received a standing ovation, according to vdare.com.

Around 10pm some 50 police arrived and asked the ultra-nationalists to hand over ID documents. Many only had driving licenses for identification. The police escorted 30 participants home for their passports.  Spencer was reportedly handed over to the immigration authorities because he could not prove that he had entered the country legally.

“They claim that you need an ID at all times in Hungary,” said Spencer, adding that “I find this quite depressing. We were not breaking the law.  This is is a private meeting. It is not a conference. This is not a public event.”

According to vdare.com an embarrassed policeman told an English attendee: “I am sorry for f—ing up your evening.”

“The other 20 attendees, including myself, were detained in the bar but then let go after two hours,” the nationalist blogger wrote.

Vdare.com wrote that “according to The Budapest Beacon the Hungarian Civil Liberties Union (TASZ) says (Interior Minister Sándor) Pintér’s ban is contrary to the Basic Law that was drawn up by his own party”. TASZ said while it strongly opposes the ideas that will be propounded at the congress, “freedom of expression equally applies to those spreading racist theories”.

A British youth told a journalist outside the event that “if the government is so sure we’re wrong, why not let us speak? We’re ultimately a group of intellectuals… what we’ve come here to do is to discuss the idea of democratic society, which is one man, one vote.”

The youth said: “I’ve come here… to listen to what Richard Spencer and his associated speakers had to say, and because of that I’ve been threatened with arrest on the nonsense of being able to provide identification, which I was not informed about as I entered the country, and it’s a show of force, it’s a moral intimidation.

“Its not based on ideas of so-called violent threat because you can see  there are people here who are smartly dressed…I believe people should have a basic right to talk about their ideas and we’ve been threatened by the Hungarian authorities through that,” the Brit said.

According to Index, one participant called Rocky from Texas said the NPI had chosen “beautiful” Budapest because it reminds them of Europe before the non-European migrants arrived.