More than 80 percent of Budapest residents do not want additional buildings in City Park (Városliget) as part of the Liget Budapest project, according to a Medián public opinion poll commissioned by Greenpeace Hungary. The telephone-based poll was conducted on June 30 and surveyed 500 Budapest residents. 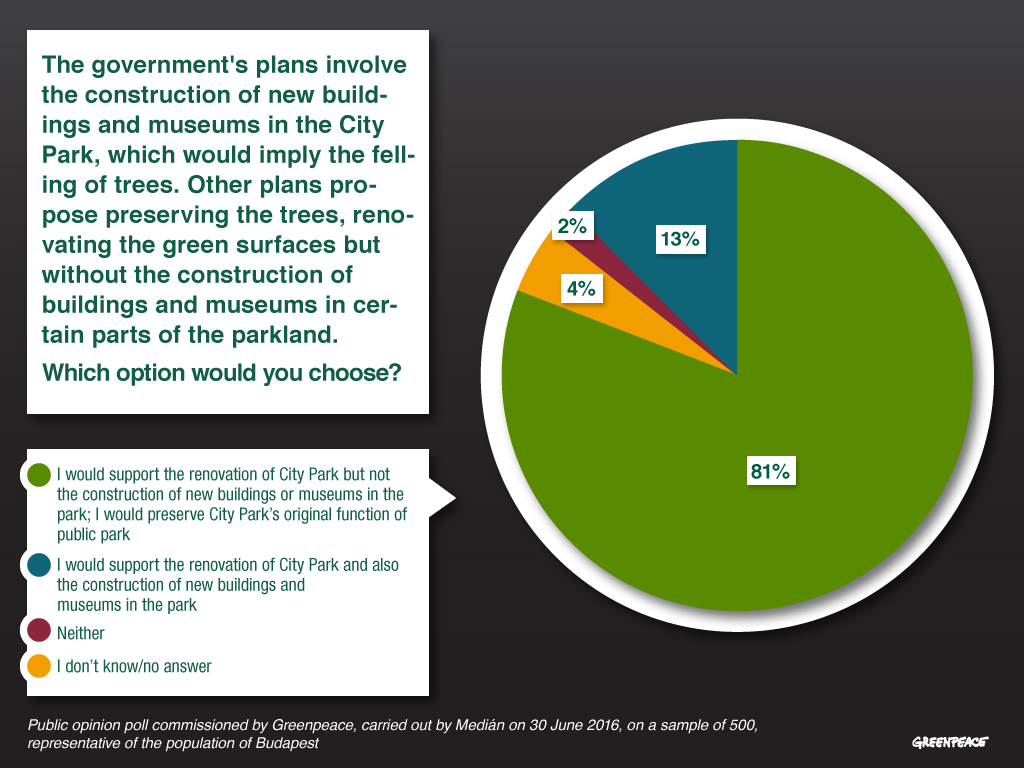 81 percent of respondents said they would support the renovation of the run-down City Park, but think it should maintain its original function as a public green space. 86 percent said they think the proposed buildings should be built somewhere else in the city where they would not jeopardize the city’s scant green spaces. Only 8 percent of those surveyed thought the new buildings should be built in City Park as opposed to elsewhere in the city. 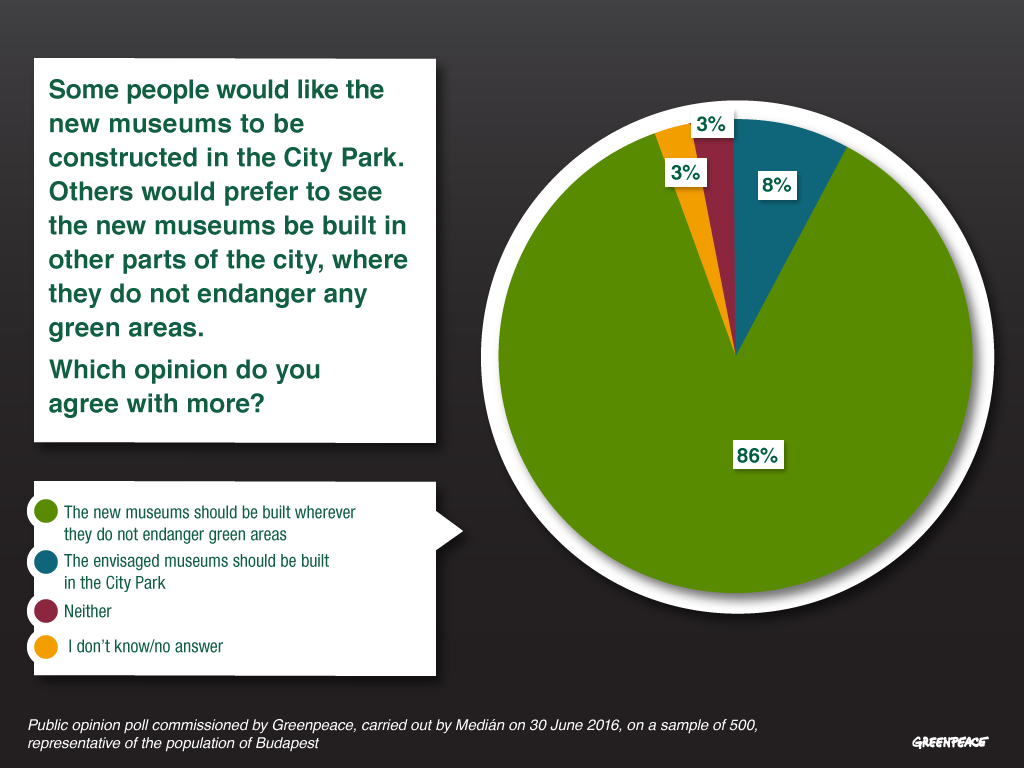 The overwhelming results of the opinion poll have led Greenpeace to call for a public discussion on the future of the Liget Budapest project, according to a statement made by the organization Monday.

“A meaningful and extensive dialogue about the future of the City Park can no longer be postponed,” the statement reads. “The poll clearly revealed that the protection of green areas is of utmost importance for the population of Budapest and they would like to see the new museums built in places other than the City Park.”

The private company responsible for developing the park, Városliget Zrt., responded to the Medián poll with a poll of their own conducted this Spring by Ipsos Zrt., reports Index.hu. According to that poll, 69 percent of Budapest residents and users of the park agreed that modern cultural institutions should be built in Városliget, if the project included improving and enlarging the park’s green spaces.

Not everyone is convinced, however, by Városliget Zrt.’s promises to increase the green spaces in the park. The Park Protectors (Ligetvédők) activist group has taken increasingly radical action in recent days to prevent the project from moving forward, including chaining themselves to parts of the Transportation Museum to prevent its demolition.

The Liget Budapest project plans to erect 4 new buildings in the park, including the new National Gallery (relocated from the Budapest Castle), the Hungarian House of Music, Museum of Ethnography and Városliget Theatre. The project has been criticized for encroaching on one of the most used green spaces in the city, and for its plans to cut down 3% of the park’s 6500 trees (at least 195 trees), by the project director’s own estimates.