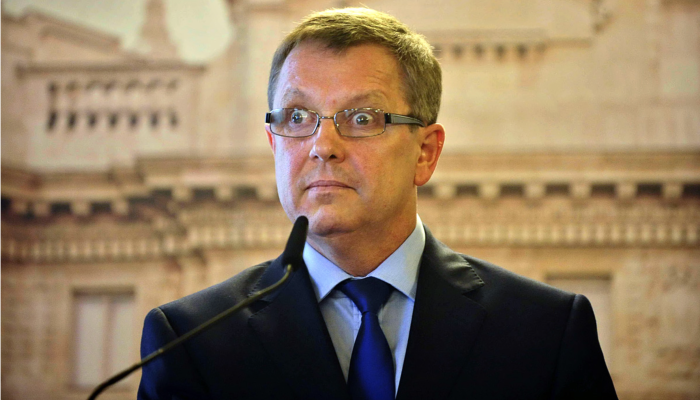 Hungarian weekly Magyar Narancs and news website 444.hu report that the one of the properties acquired by the MNB’s Pallas Athéné Domus Animae Foundation (PADA) will also operate as a wine shop, wine museum and restaurant. Around the corner, at the Lónyay–Hatvany Villa, plans are underway to open a restaurant and art gallery.

When the creation of the Pallas Athéné Domus Animae Foundation was announced, the National Bank of Hungary claimed the purpose of the foundation is to help promote the unorthodox economic theories of central bank governor György Matolcsy.

In a statement released by the foundation in December 2014, the foundation said acquired the old town hall building in Buda’s Castle District for the purposes of operating “Hungary’s one-of-kind English language Doctoral School for foreign professors and students” set to launch in September 2016.

The ground level and basement of the old town hall building will operate as a wine shop, war museum and restaurant.

Permits obtained by Magyar Narancs also show that the Lónyay–Hatvany Villa, which the MNB originally said would serve as a conference center and education facility, will also operate as an art gallery and restaurant. Lighting for the building will be set up by Elios Zrt., a company that formerly belonged Prime Minister Viktor Orbán’s son-in-law István Tiborcz, will be in charge of the setting up the lighting at the Lónyay–Hatvany Villa.

Renovations for the building will be performed by Market Epítő Zrt. in which Videoton owner István Garancsi acquired a 50 percent ownership interest in 2014.