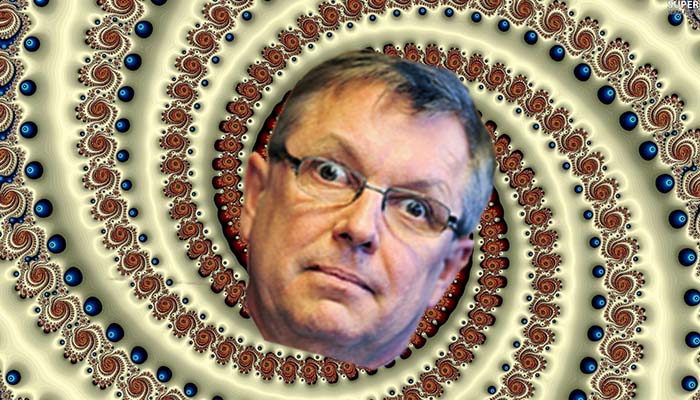 Transparency International Hungary turned to Hungarian National Bank (MNB) governor György Matolcsy to find out more about the five educational foundations established by the central bank and endowed with public funds to the tune of HUF 200 billion (USD 800 million), purportedly to spread the gospel of Matolcsy’s unorthodox school of economics.

Among the questions asked by Transparency International Hungary was whether any impact studies, feasibility studies or any other studies were conducted before the setting up of the five foundations.

Matolcsy’s Unorthodox Answer: It’s illegal to ask whether it was legal

“To start, I’d like to make it clear that the public interest questions posed to the Hungarian National Bank – as a provider of a public service –  which seek to measure the management, expediency, effectiveness, or legality, I consider to be illegal,” opens Matolcsy.

444.hu writes that Matolcsy’s response to Transparency International Hungary cites the controversially modified 2013 Freedom of Information Act, thereafter commonly referred to as the “Don’t Bother Me I’m Stealing” Act, which allows government bodies to decline answering public interest inquiries on grounds that they require too much administrative effort to answer.

What is to be done?

At today’s plenary session of parliament, opposition MPs urged parliament to take up the bill submitted by Politics Can Be Different on September 15 that would modify the law regulating central bank activities so as to prevent it from spending huge sums however it sees fit.   The demand follows revelations last week that MNB had spent an additional HUF 5.25 billion acquiring two buildings in the Castle District of Budapest, one for a reported HUF 1 billion MORE than the original asking price.  Altogether, MNB has spent more than HUF 23 billion (USD 95 million) acquiring luxury real estate in various stages of renovation or completion, including a residential complex on the banks of the river Tisza for MNB employees to use as a retreat, and the Eiffel Palace office building for which the central bank is reported to have overpaid by as much as EUR 5.3 million (HUF 1.6 billion).

The bill, which despite being submitted three months ago has yet to be put on the agenda for discussion

The bill offers the following general explanation why its framers believe the proposed changes are necessary.

As in every democratic country, the management of the country’s wealth, the support of higher education and scientific research, as well as charitable activities funded from public monies, is subject to a transparent, regulated, institutional and legal order.  In Hungary, however, in a completely unorthodox and inexplicable manner, there is a state organ, the Hungarian National Bank, which on the basis of rules not preventing it from engaging in such activities, is spending more money on valuables, antiquities, various charitable causes, and on the development of upper education, than all the public collections or the education government.

This bill wishes to change this untenable situation by invalidating or modifying every provision of the central bank law that could serve as the basis for the MNB spending many hundreds of billions of public money on its “social responsibility strategy”.

The current central bank law defines what amount of revenue from penalties can be spent on charitable goals.  Beyond that, however, it does not stipulate that the bank undertake any “social role” or any generous funding activity.  The purpose of the bill, drafted by LMP MPs Erzsébet Schmuck and András Schiffer,  is to eliminate the spending of revenues arising from penalties.  The MNB may devote resources to such means (e.g. educational centers or holiday retreats for its employees) that are suitable and necessary for the fulfilment of its tasks as defined by law.  However, it may not spend money on the Eiffel Palace, because this is a for-profit investment, and profit making does not belong to the responsibilities mentioned in the MNB law.

legislation needs to be voted on