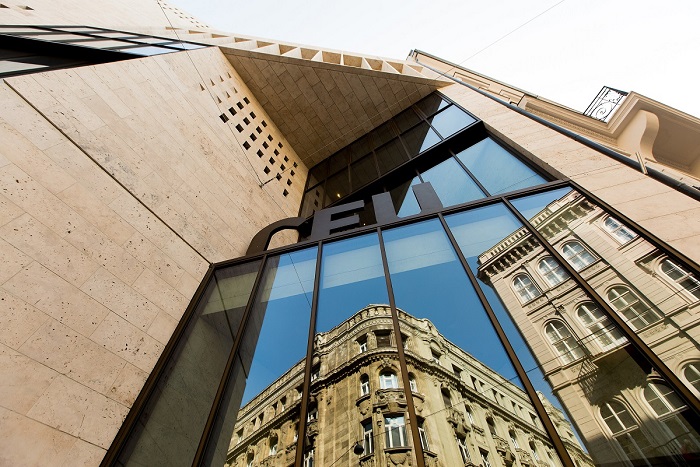 An article published Tuesday afternoon on pro-government website Origo.hu asserted that Budapest’s George Soros-founded Central European University (CEU) is guilty of operating unlawfully, citing numerous alleged regulatory infractions. The online daily claimed vaguely that “Soros University” had failed to live up to requirements concerning the registry of public data, was not in possession of proper program accreditation, and had committed “actual fraud” by offering courses which were not registered with Hungary’s Educational Authority (OH).

The article referred to a report prepared by the OH which revealed that an investigation had been launched on 28 foreign universities that are allegedly operating unlawfully in Hungary. The article also predicted that the government can be expected to tighten laws regulating foreign universities, thus raising the “obvious question of whether Soros University will be closed after legal changes.”

Indeed, a law was submitted to Parliament Tuesday by the Minister of Human Resources Zoltán Balog, who oversees education, which would introduce a litany of new requirements with which foreign universities would have to comply in order to continue operating in Hungary. According to 24.hu, in the case of CEU, the law would effectively make it impossible for the university to operate in its current form via several new regulations including:

A number of requirements proposed in the law appear to target CEU specifically, including the requirement that only those universities originating from outside the European Union require a bilateral contract between governments. CEU is one of only four such extra-EU universities included in the 28 mentioned in the government report. The law would also prohibit both the American and Hungarian entities from sharing the same name. Central European University, as a direct translation of the Hungarian Közép-európai Egyetem (KEE), would no longer be able to operate in Hungary under that name. Finally, the law would appear to prevent Hungarian universities (such as Közép-európai Egyetem) from offering programs or awarding degrees from non-European universities (such as Central European University, an American higher educational institution, with which KEE is in partnership.)

CEU President and Rector Michael Ignatieff in a statement issued Tuesday afternoon said the legislation directly targeted CEU and was therefore “discriminatory.” Ignatieff demanded “an immediate correction to falsehoods about our institution published this afternoon by origo.hu,” and insisted that the claim that CEU lacks program accreditation is entirely false, as is the claim that the university had failed to meet its obligations regarding data to official public registry.

“Any legislative change that would force CEU to cease operation in Budapest would damage Hungarian academic life and negatively impact the government of Hungary’s relations with its neighbors, its EU partners and with the United States,” Ignatieff said. “I call on the government to enter into negotiations with us to find a satisfactory way forward that allows CEU to continue in Budapest and to maintain the academic freedoms essential to its operation.”

Ignatieff also assured students that those currently enrolled will be allowed to continue their studies and complete their degrees under the proposed law, referring to a provision of the law which states that those universities which do not comply with new requirements by February 15, 2018 would have their operating licenses revoked by the Educational Authority, but all students registered by September 1, 2018 would be permitted to complete their programs by no later than the 2020-2021 academic year. He invited all faculty, staff and students to a community forum Wednesday afternoon to discuss the developments.

“It is time for our community to gather together to defend our institution,” he added.

Chargé d’Affaires of the Embassy of the United States to Hungary David Kostelancik issued a statement Wednesday, where he expressed concern about the proposed legislation. Kostelancik said CEU has employed and educated thousands of Hungarians, and represents “an important success story in the U.S.-Hungarian relationship[…]It enjoys strong bipartisan support in the U.S. Government. The United States opposes any effort to compromise the operations or independence of the University.”

CEU also released a statement Tuesday which can be read here. The university plans a press conference for Wednesday, March 29 at 2 p.m.