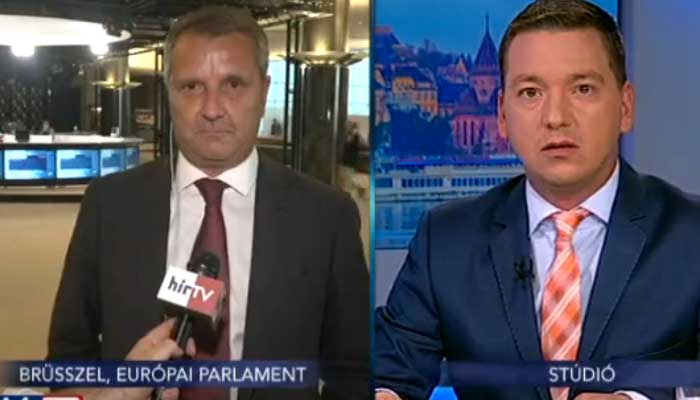 There are definitely mixed messages coming out of the Hungarian Socialist Party (MSZP) regarding the government’s concerted efforts to prevent the EU from temporarily settling refugees in Hungary.

In an interview given to HírTV on August 31st, MSZP party chairman Gyula Molnár (left) said his party is prepared to support the government in its efforts to combat a “compulsory quota” should the European Union try to impose such a quota on Hungary.

Gyula Molnár made this statement from Brussels following a meeting with EU officials.

According to Molnár, the upcoming anti-EU refugee quota referendum will have absolutely no legal consequences.

“The [referendum] is legally superfluous, and comes with risks from the European point of view. But were the issue to reemerge later, then [MSZP] is prepared to assist the government in its fight against the compulsory quota,” Molnár said.

Molnár then said it is pointless to spend HUF 5-7 billion on a referendum that serves no purposes because there are currently no plans from Brussels for a refugee quota and there is no information as to how the government would use the results of this referendum in the future.

The MSZP chairman said the funds being used by the government to drum up support for the referendum would be much better spent on improving the conditions of those protecting Hungary’s borders.