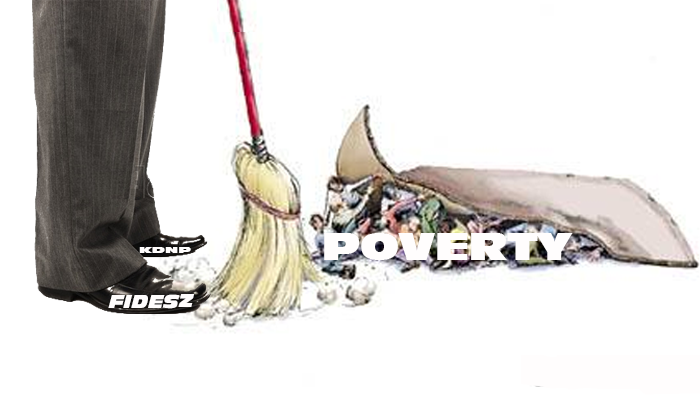 In 2008, under pressure to curb government expenditures, the government of prime minister Gordon Bajani decided to limit welfare payments (rendszeres szociális segély) to  HUF 57,815 (USD 263) a month per household.

On March 1, 2015 welfare payments are to be discontinued altogether, affecting some 38,000 households.  They will replaced, in part, by a new state child support program conditioned on at least one parent doing public or other kind of work one month out of the year.

In 2014 households with per capita income of less than HUF 25,650 (USD 116.5) a month could apply to receive monthly welfare payments of up to HUF 45,568 (USD 207).  In those households where one adult member received unemployment support (foglalkoztatást helyettesítő támogatás) in the amount of HUF 22,800 (USD 103) per month, the monthly welfare payment was decreased accordingly.

From March 1 able-bodied working-age Hungarians may only apply for unemployment support in the amount of HUF 22,800 (now worth just USD 84) a month, providing per capita household income not exceed HUF 25,650 (now worth just USD 95).  In addition, from January 1 this year parents of children between the ages of 2 and 4 may apply to the national government for HUF 268,200 (USD 993) in child support (gyermekfelügyeleti támogatás) per annum, regardless of the number of children.

Official per capita subsidence income was HUF 87,000 (USD 400) per month in 2014.  This means that in the case of a five-member household consisting of two adults and three children, the total per capita income is unlikely to exceed HUF 52,920 (USD 196).  This is HUF 34,080 (USD 126) less than the amount the government says is necessary to survive.

This and the fact that payments are conditioned on at least one adult member of the household performing public work for a month out of the year has various Hungarian NGOs concerned it will lead to a sharp increase in child poverty and hunger.

Also ending on March 1 is the so-called “flat maintenance support” that presently helps some 455,000 households service their mortgage loans and pay utilities.  In its place families will be allowed to apply to local governments for assistance which they may use as they see fit.  Presently, households may apply for monthly support of HUF 450 (USD 1.67) per square metre of their flat.   A typical flat in Hungary is 65 sqm.

The same applies to the so-called debt reduction support (adósságcsökkentési támogatás).  Presently, households can apply for a one-time grant of up to HUF 300,000 (USD 1,110).  In 2013 some 10,500 households availed themselves of this opportunity.