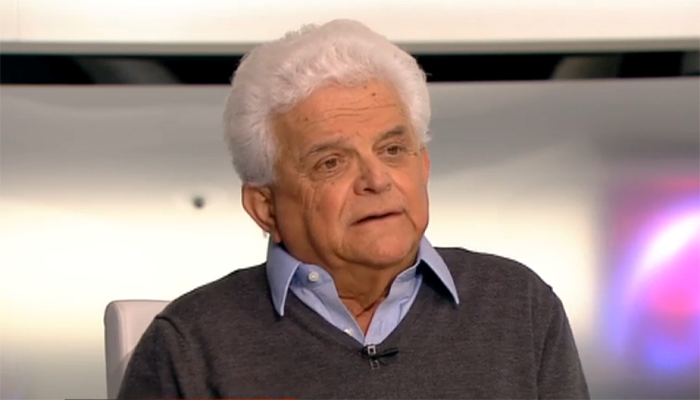 “If [government officials] like János Lázár keep trying to equate the United States with Russia, then this situation isn’t going to get any better. In fact, what we’re seeing is that [Lazar’s] criticisms are primarily targeting the United States. It’s going to be difficult to move forward like this,”  – Charles Gati, Senior Research Professor, Johns Hopkins

On the US travel ban

Gati says the U.S. is not responsible for the scandal arising over six Hungarian citizens, including officials, being temporarily suspended from entering the United States, pointing out that it was the government that leaked news of the ban to the press and released diplomatic communiqués not intended for public consumption.  Gati says that instead of investigating the individuals for their alleged involvement in acts of corruption, the Hungarian government has allowed the entry ban to spiral into an international scandal.

Tensions between Hungary and the United States have existed for a few years, according to Gati. With the exception of a critical “non-paper” issued three years ago by then-Secretary of State Hillary Clinton regarding domestic affairs in Hungary, Gati says the vast majority of criticisms of Hungary’s government coming from the U.S. have come from American media. “There isn’t a government in America that could have that kind of influence over papers like The Washington Post or The New York Times,” he said.

Gati says he’s heard complaints in Hungary that American officials are simply uninformed, or misled, about what is actually happening in the country when they voice criticisms of the Hungarian government. Most recently he heard such complaints in connection with U.S. Senator John McCain’s controversial statement on the Senate floor. Even though Gati does not share McCain’s views on Prime Minister Viktor Orbán, calling them “exaggerated”, Gati says McCain “knows more about what is happening today in Hungary than many members of the Orbán government know about what is happening in America.”

One of the problems Gati sees with the Hungarian government is that high-ranking officials, such as Minister in charge of the Prime Minister’s Office János Lázár and Speaker of the Hungarian Parliament Laszló Köver, consistently make outrageous statements regarding the United States.  (The interview published yesterday by pro-government newspaper Magyar Hirlap with Lázár being an example of this-ed.)

Gati says “U.S.-Hungary relations are like a bad marriage on the verge of divorce” with each country pointing the finger of blame at the other. He thinks the relationship will strengthen again “when Hungary realizes that its independence is not being threatened by the United States, or NATO, or even the West, but by Russia.”

“Seventy-three percent of NATO budget is paid by the United States–U.S. taxpayers, people like me, for example. If [government officials] like János Lázár keep trying to equate the United States with Russia, then this situation isn’t going to get any better. In fact, what we’re seeing is that [Lazar’s] criticisms are primarily targeting the United States. It’s going to be difficult to move forward like this.”

“I read this statement by Janos Lazar recently and, honestly, it is so mind-boggling that it surprised me,” says Gati.  He quoted Lázár as saying that  “soon enough the Americans will ban everyone who voted for Fidesz.”

“Now, more than six people voted for Fidesz if I remember correctly. Besides the six people who are banned, who on earth would ban all Fidesz supporters? If this is how [Hungarian officials] are formulating their messages to the Hungarian public, with this kind of hostile rhetoric, why should the United States change its position with Hungary? America is a serious country. It’s committed many errors and many sins, and I probably know these better than members of the Orbán government and I have even been critical of U.S. foreign and domestic policy. But to say something like, ‘the U.S. will ban everyone who voted for Fidesz…’ is such incredibly cheap demagoguery, it astonishes me that it’s coming from the mouth of a serious minister [of the Hungarian government].”

Gati suggests the Hungarian government should investigate the six individuals targeted by the U.S. visa ban instead of criticising America for saying that there is corruption in Hungary. “I haven’t read anywhere so far that any of the six people have been investigated in connection with their alleged involvement in corruption,” he said. Gati says the U.S. government would investigate U.S. officials for corruption if the tables were turned, and that this is how such disputes get resolved and clarity is restored.

To drive his point home, Gati tells a story about how recently someone reported him to the administration of Johns University for making statements critical of the Hungarian government. The person filing the complaint apparently wrote a letter on behalf of “1.5 million Hungarians living in the United States”. It turned out that six similar letters arrived at the university shortly after. The allegation had asserted he was using his faculty office to undermine the Hungarian government. The university’s administration reviewed the letters, conducted an investigation and a week later told Gati to “wear this as a badge of honor!”

“That’s what you do [investigate] in these cases. Why wasn’t this done [by the Hungarian government] regarding the individuals targeted by the visa bans?”