Charles Gati on Baile Tusnad speech: there is no ‘special Hungarian way’ 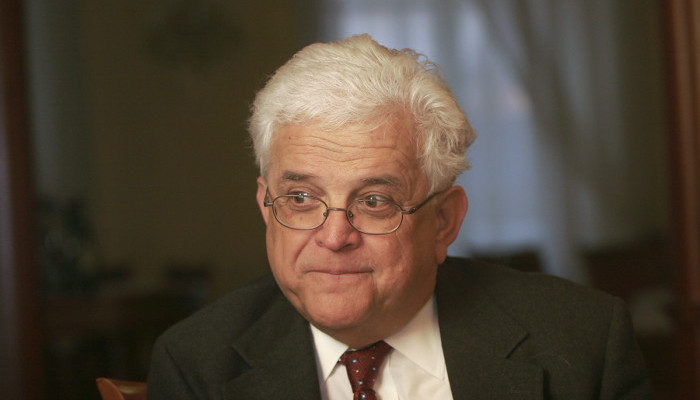 The speech was nothing but an open admission of the nature of the system he is aiming for in Hungary, according to the Johns Hopkins University political science professor. Gati recalled that he had defined Fidesz’s system as an illiberal democracy in a New York Times opinion piece in December 2011, drawing heavy criticism from the government. Now, with an open admittance of illiberalism, “one would think that those who criticized me (in 2011) would now criticize Orbán instead. Yet I have been attacked now as well”.

Gati reiterated his criticism of Orbán for the extreme state power he wields: “An overly strong state, interfering with matters that should be dealt with by a regulated market, is the curse of civil democracy and undermines fundamental values of Western societies. There is no third way, no ‘Hungarian’ way that we can follow,” he added.

Gati defended the idea of foreign intervention in politics. “Here in the US it is unimaginable that somebody would seriously worry about the independence of the Union, just because Orbán declared open support for the Republicans in three consecutive election campaigns. As far as I know, nobody has ever spoken out against his intervention into US domestic politics.”

Gati has faced criticism from the official Hungarian lobby in the US, even having reports filed against him for his political attacks against the Orbán government.

On Hungary’s foreign policy, Gati said that as a conservative he fully supported Orbán in 2008-09, when Orbán condemned Russian military actions against Georgia, and would have expected the same from him in the case of Ukraine. “This is not the case, and despite his earlier opinions Orbán now lists countries like China and Russia as inspirations,” he added.

Gati said Hungarians “should cite Poland or Austria as examples” both for politics and economics. He added that he sees no coherent mainline at present in Hungarian foreign policy. “It is impossible to square (outgoing foreign minister) Tibor Navracsics’s remarks at the foreign summit to (House Speaker) László Kövér’s recent anti-Western rants.” The fundamental problem may be that not only Fidesz but also Hungary as a whole suffers from an inferiority complex in the region, he said.

What Hungary currently lacks are responsible and charismatic political figures. “A wise Ferenc Deák or a brave Sándor Petőfi is badly needed,” he concluded.