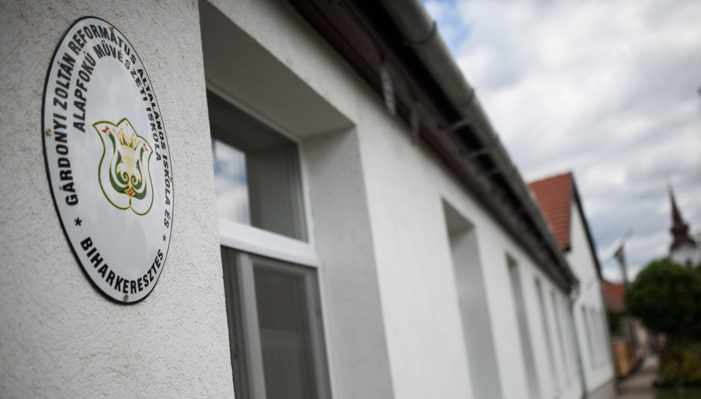 Churches are playing a larger role in Hungary’s educational system at the expense of non-affiliated private schools. Church schools have especially made progress in economically disadvantaged regions, where they tend to enroll the children of the elite.  Meanwhile, private and foundation schools are being squeezed out, and programs launched for special-needs children have been completely sidelined.

Monumental changes have taken place in Hungary’s educational system since 2010, as well as in the non-state sector.  Private and foundation schools have been under pressure. Before Fidesz’s return to power in 2010, church and private schools grew at roughly the same rate.  Nowadays, however, church schools are playing an increasingly larger role.  Between 2010 and 2014  they increased 68 percent and the number of foundation schools decreased 20 percent.

According to data in the latest TÁRKI Societal Report, increasingly only church-run schools are to be found in small towns and villages.  Between 2001 and 2011 those attending church school increased 60 percent.  Between 2011 and 2014 this number increased an additional 47 percent.

Church schools have primarily pulled ahead with primary schools.  In 2001 only 4 percent of primary school students attended church institutions.  By 2014 that number had increased to 13 percent, with the rate of increase most marked after Fidesz’s election win in 2010.

Before 2010 there were a number of church-run academic high schools.  However, by 2014 the number of Hungarians attending church-run college preparatory secondary schools increased to 23 percent.

The number of students attending private schools, which primarily offer technical training these days, decreased six percent between 2011 and 2014.  During this time trade schools also experienced a 2 percent decrease in attendance.  By contrast, during the same period attendance at church-run technical training schools increased seven percent.

If we look at the changes by settlement, we see that church schools have greatly expanded.  According to the TÁRKI study, the number of towns and villages where there are only church schools is growing.  It is in the poorest regions where those attending them has grown the most since 2010.  In the north of Hungary, 20 percent of primary school students attended church-run schools, and church-run college preparatory schools have also expanded dramatically in the poorer south-eastern and western parts of the country.

The number of students attending private school continues to be the highest in Budapest.  However, in the central part of the country church schools have completely taken over from private technical schools.  At the same time, problems with state education have induced many parents to enroll their children in private school.

Although church-run primary schools have grown the most in the poorest regions, they tend to favor children from advantaged households.

How are they performing?

The study’s authors tried to evaluate the performance of church and private schools based on the Országos Kompetenciamérés (National Competency Evaluation).  What they found is that private schools achieve comparable or lower scores than state schools.  The same applies to church schools except when it comes to primary school writing skills, where students attending church schools perform better.