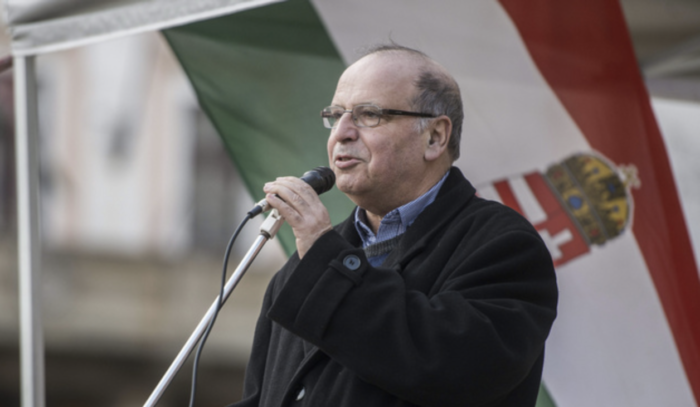 According to the group’s Facebook page, the power in the current government is “unbridled because there is no counterweight.” The group believes that as president Majtényi could add a measure of balance to the government that “party soldier” Áder has failed to provide. The group complains that president Áder has not followed the “open to everyone, human style” of transition-era president Árpád Göncz (1990-2000), nor the “efforts toward counterbalance” of Áder’s predecessor László Sólyom (2005-2010). Majtényi has yet to confirm that he will accept a nomination.

Presidential nominees must be endorsed by at least one-fifth, or 40 members, of the parliament to become candidates, and then must be confirmed by a two-thirds parliamentary majority vote. Given Fidesz’s decisive majority in parliament, it would require nearly unanimous support among democratic opposition parties to successfully nominate Majtéyni. But according to his supporters, “we hope that during the secret parliamentary vote, those representatives will vote on the basis of conscience that wouldn’t dare to openly oppose those in power.” The group has called for a temporary alliance of all democratic opposition parties to jointly nominate Majtényi. The Hungarian Socialist Party (MSZP) has already endorsed him, calling him “the kind of person that as president would not only represent the voters of a single party, but the whole country.” Dialogue for Hungary (PM) has also endorsed Majtényi, saying “the former ombudsman always struggled for the rights of the people by means of the law, and proved many times with his actions that he represents the concept of the republic rather than party interests.”

Majtényi is the president of the Eötvös Károly public policy institute, a research institute and think-tank founded by the Open Society Foundation of Hungarian-American  financier and philanthropist George Soros. He has served as the chief counsel to the Constitutional Court, and was Hungary’s first data protection commissioner between 1995-2001, and former president of the National Radio and Television Board.