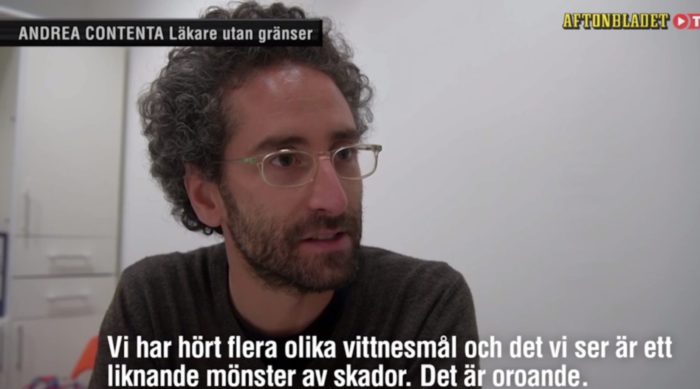 Andrea Contenta, a coordinator with international medical aid group Doctors Without Borders, says asylum-seekers are being brutally attacked at the Hungarian border before being sent back to Serbia. Doctors Without Borders treats asylum-seekers, many of whom make it back to the makeshift camp in Belgrade with serious injuries, from a clinic behind the Serbian capital’s train station.

According to Contenta, the asylum-seekers often claim to have been detained and abused in Hungary before being sent back to Serbia. In a story published on Swedish aftonbladet.se, asylum-seekers claim the assaults are being carried out by Hungarian police, sometimes with fists, batons, and even police dogs.

Contenta does not claim that Hungarian police are responsible for the attacks but does acknowledge that physical signs of these types of attacks have become systemic. His organization is now routinely treating injuries related to dog bites, hits from fists and batons, and pepper spray.

Some asylum-seekers claim the Hungarian border police are the worst they encountered on their journey— worse than their Bulgarian or Turkish counterparts.

Several human rights organizations have tried to raise awareness of the violence taking place on the Hungarian border, including the Hungarian Helsinki Committee, Human Rights Watch, and Amnesty International.

Aftonbladet.se contacted the Hungarian Embassy in Stockholm for more information but the embassy denied such violence and accused aid organizations of believing the stories of migrants who knowingly provide false information.

The embassy’s press attache did claim, however, that Hungarian police are investigating cases of violence against asylum-seekers.