Colleen Bell on conflating migration with terrorism and corruption 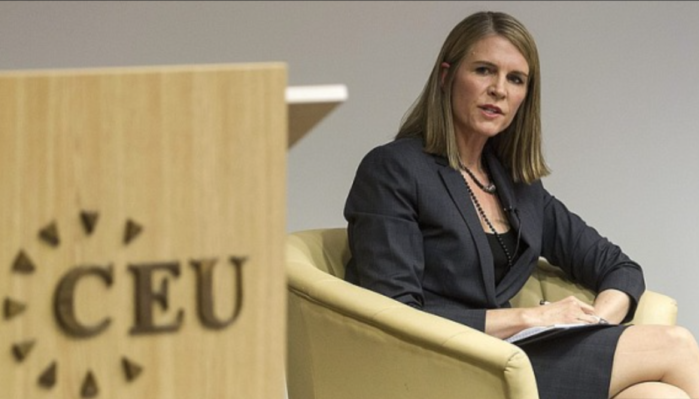 US Ambassador to Hungary Colleen Bell delivered a presentation at Central European University Wednesday regarding the topic of “The U.S. Perspective on Migration, Security, and Foreign Policy.”

Ambassador Bell made a few references to Hungary:

As I have said many times, we understand that Hungary has an obligation to protect and defend its borders, both to its people and as a member of the Schengen zone. But we must resist the effort to conflate the plight of those fleeing violence and persecution with those few who seek to unleash wider terrorist violence – as we saw in Paris, Brussels, and Ankara. Our commitment to the rule of law compels us to address both. We must do both. That is why the United States continues to support the efforts of the EU toward a common, comprehensive solution.

We are all harmed by corruption. It is a world-wide problem. And we are able to count up the damages. The European Commission estimates that corruption costs the EU economy over $170 billion a year, more than one percent of the EU gross domestic product. Corruption adds up to 10% to the cost of doing business worldwide. Corruption in Hungary is a concern, quite clearly a serious concern of average Hungarians, as public polls consistently show. Corruption knows no borders. It is a global problem.

Wherever systemic corruption has effectively undermined fair governance, the rule of law weakens.  To restore public confidence in the rule of law and show that the playing field is level, governments need to make and abide by laws that are clear and transparent, and permit citizens access to information that affects them.  Governments need to allow citizens to see where their money is spent.  Governments also need to hold corrupt officials accountable, and to publicize those prosecutions: the names, the crimes, the indictments, the dollar amounts seized, and the convictions and penalties.  We all need to see that there is a consequence for breaking the law.  That’s what the FBI does.

As we have seen elsewhere in Europe and other regions of the world, when companies, and governments, are run on corrupt principles, they start to resemble organized crime.  Drug cartels and terrorists rely on corruption and bribes to convince police officers to turn the other way at checkpoints, and convince customs officials to permit suspect cargo—and even people—to cross borders.  Corrupt companies force consumers to pay more for goods because the cost of bribes is factored in.  Corrupt governments sequester public funds for personal benefit — funds that could be used to grow an economy and improve the lives of ordinary citizens.  When governments make public procurement decisions through favoritism instead of merit, the best companies will often just stay home, depriving the economy and its citizens of the best solutions. We all lose. As I said, the rule of law does not guarantee there will be no corruption – only that there will be consequences.