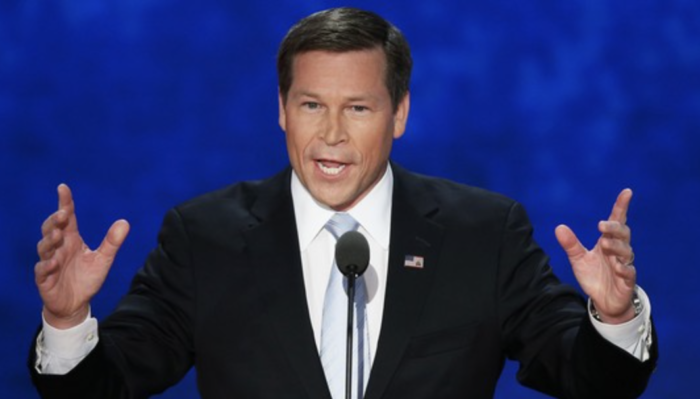 Connie Mack IV, Prime Minister Viktor Orbán’s high-price and deep-pocketed lobbyist in Washington, addressed a group of Hungarians yesterday at a conference hosted by Fidesz-aligned think-tank Századvég. Mack has lobbied on behalf of the Prime Minister’s Office in Washington for two years as a subcontractor to Századvég, for which he was reportedly paid USD 5 million. So what is Mack’s post-election forecast? Blue skies and sunshine, according to hvg.hu.

Mack spoke about the US-Hungary relationship and the transition of power between the Obama and Trump administrations. According to Mack, American voters have had enough of left-wing liberal dogma and want to see pragmatic and rational governance.

When he visited Hungary two years ago, Mack said he was left with the impression that Hungarians felt they were not liked by the USA, but this is not at all true. He blamed Victoria Nuland, Assistant Secretary of State for European and Eurasian Affairs at the United States Department of State, for interfering in the internal affairs of other countries.

“I’m sure you have all heard about the telephone call that took place between President-elect [Trump] and Prime Minister [Orbán]. This is very significant and it is a sign of things to come with the incoming Trump administration,” Mack reportedly said.

Mack believes there is a long and fruitful relationship in store for the two leaders, one so serious that Trump might even ask Orbán for his opinion on European affairs because he sees him as the leader of Europe.

Mack also spoke about how he had witnessed pessimism at Hungarian government offices, but all that finally came to an end now that the US election has been decided. He even told the audience that he had seen many red Trump hats in these offices.

“This does not mean that there won’t be [problems] but the US will not intercede in Hungary’s domestic affairs. The goal will be to pursue the President’s own foreign policy.”

Mack said Trump’s straight talk surprised many people but this is also how he won over many Democratic voters. Trump had not been afraid to say things that other candidates would dare not say.

Mack also praised Vice President-elect Mike Pence for being a strong leader who understands how alliances work, and told attendees not to be worried that America will turn inward, it will only do a better job protecting its border. He said this is in the interest of both Americans and immigrants.